For the Miu Miu Cruise 2019 campaign, Creative Director/Stylist Katie Grand has put the brand on a threshold of narrative featuring a cast caught in suspended animation by photographer Alasdair McLellan in the revolving doors of the Hôtel Regina, Paris.
The campaign captures the essence of constant change, of intrigue and interaction. A litany of women from different walks of life – models, movie stars – crosses paths at the entrance to the gilded foyer of the fin de siècle Hôtel Regina in Paris. The revolving cast promenading through the doorway includes actress Gwendoline Christie and models Lucan Gillespie, Taylor Hill, Kendall Jenner, Adriana Lima, Ariel Nicholson, Cami You Ten, Zoe Thaets and Naomi Chin Wing, vividly illustrating the notion of the hotel as a point of endless rendez-vous and interaction, both a destination and a starting point.
‘’A hotel is a paradox’’, says the brand in a statement. ‘’[It is] simultaneously intimate and expansive, private and public. It is an ephemeral space, a home, but only for a night’’.
Hair: Anthony Turner
Make-up: Miranda Joyce
Casting: Anita Bitton
Production: Ragi Dholakia Productions 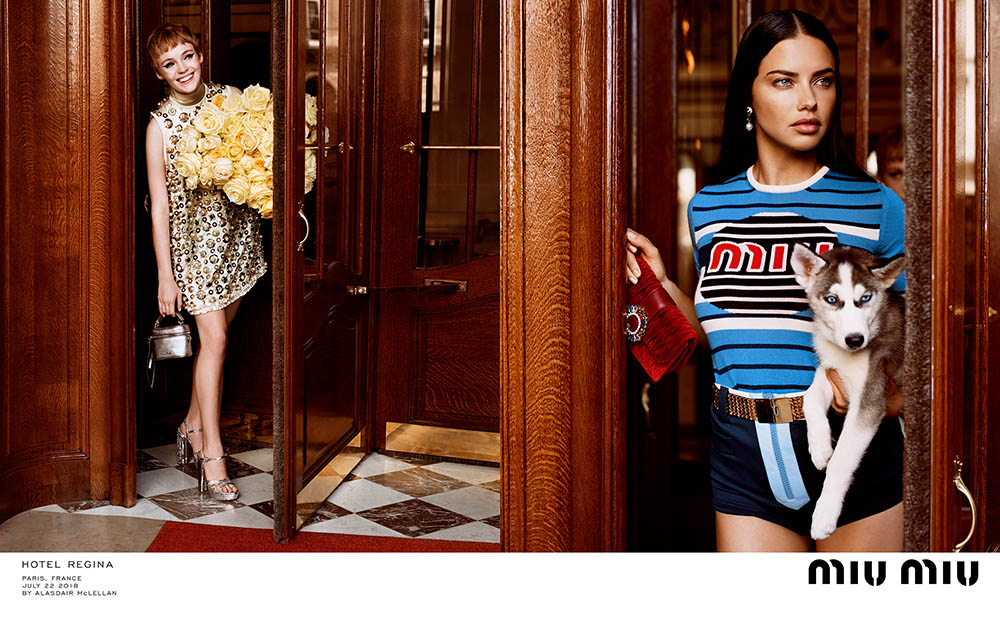 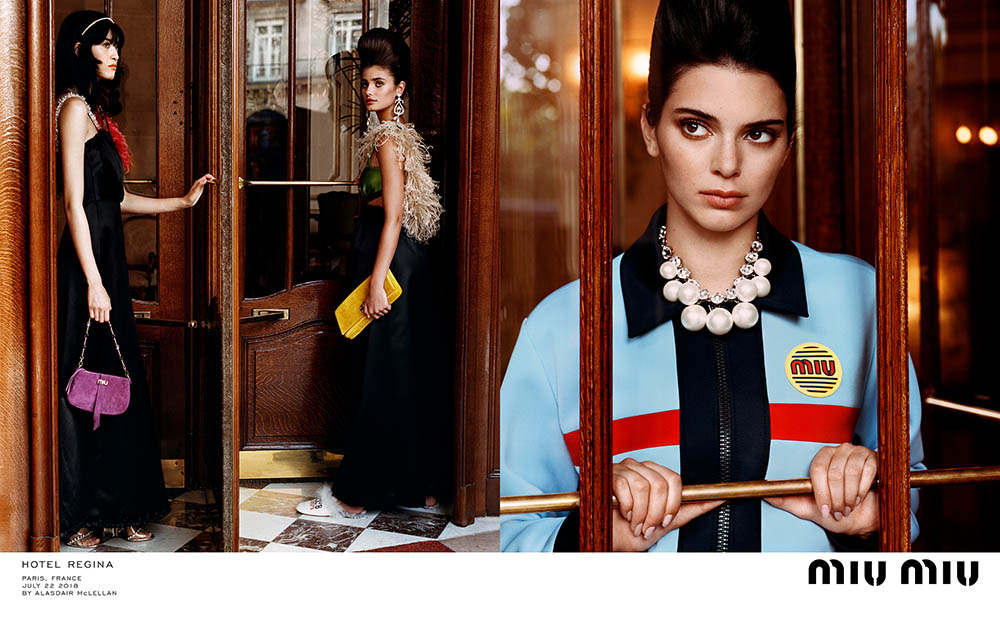 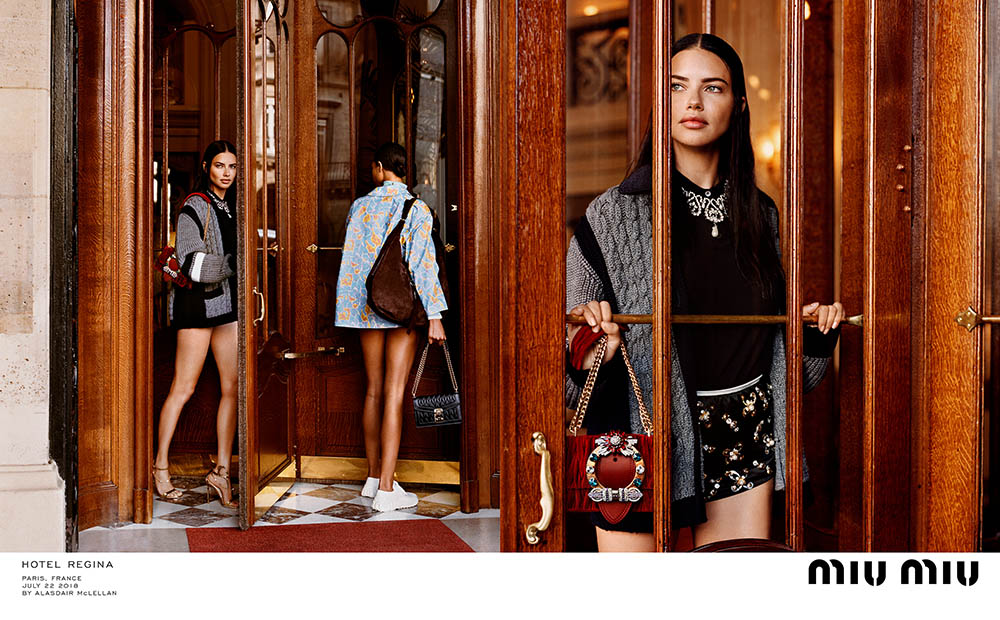 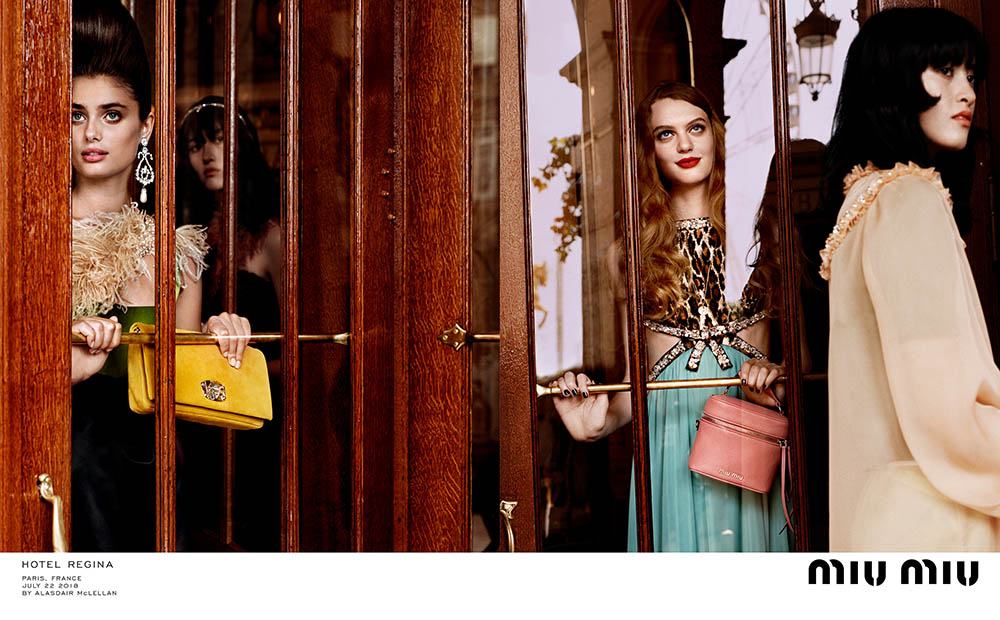 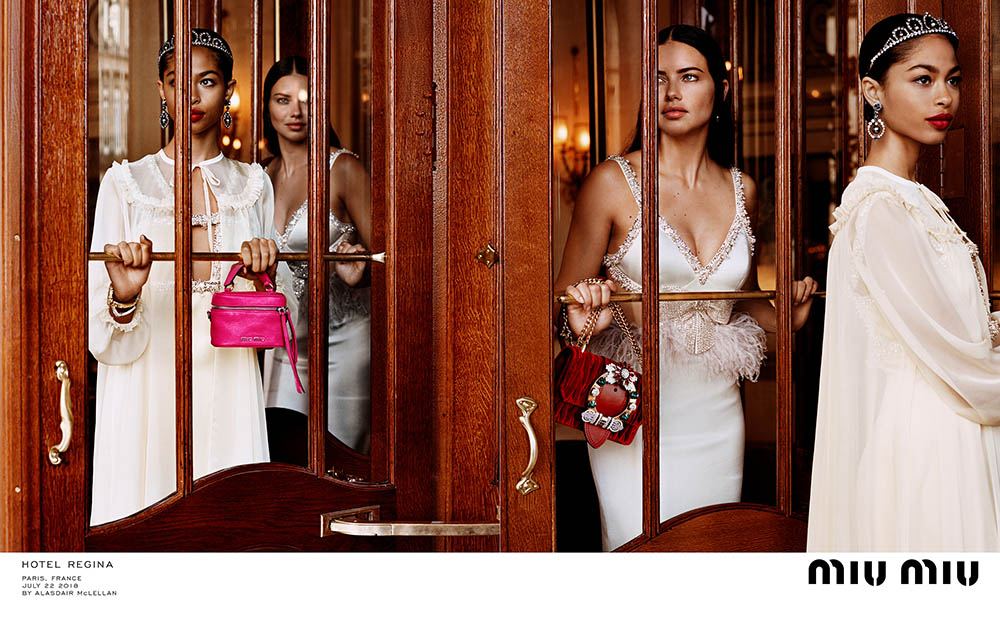 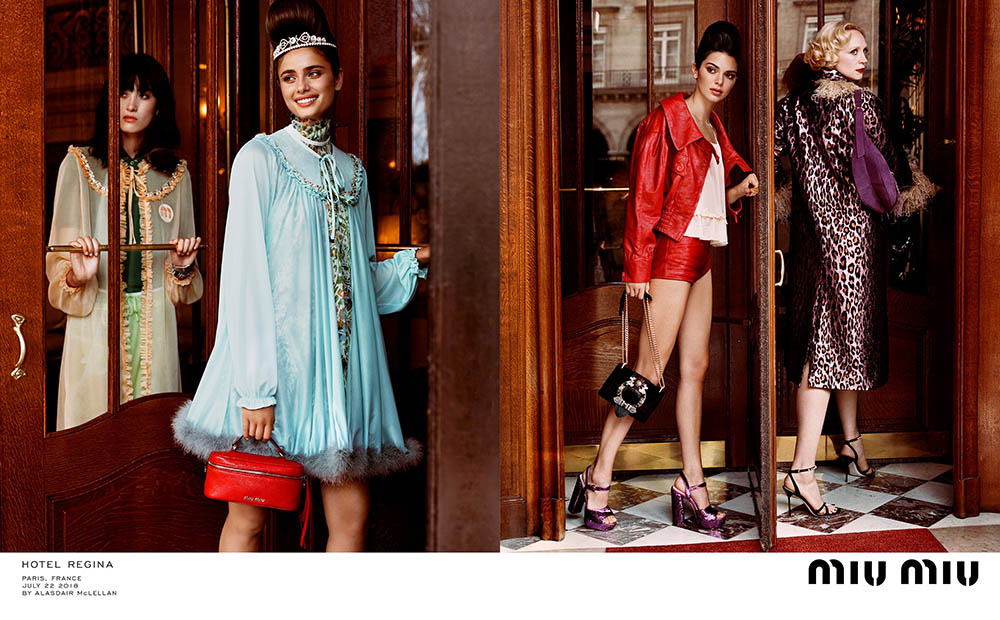 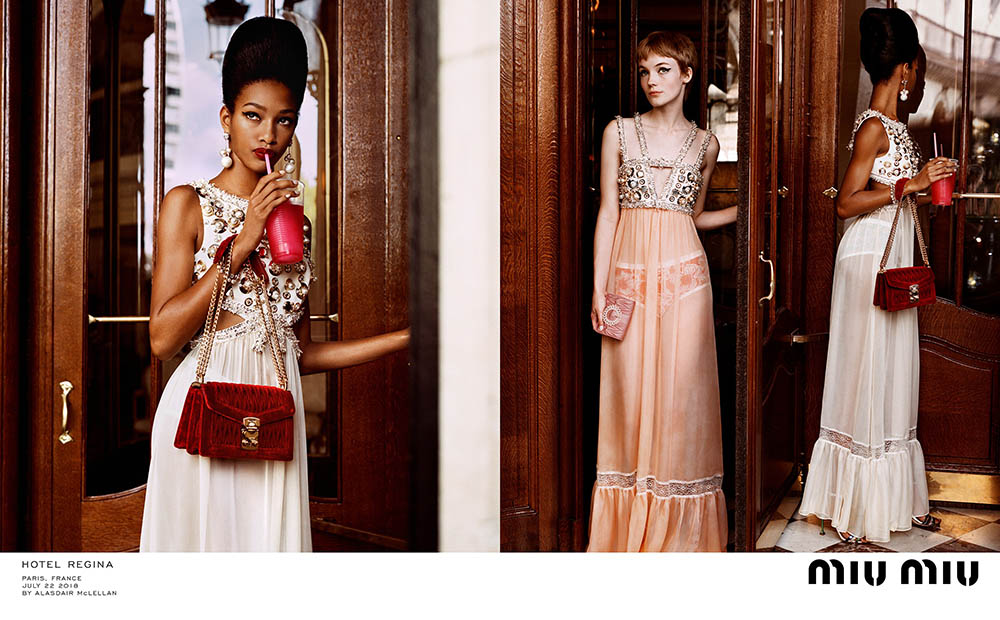 Photographed by Willy Vanderperre, the imagery for the Prada women’s and men’s Spring/Summer 2019 campaigns are

Tyler Mitchell, the first black photographer to shoot a September issue of Vogue, returns to reteam