Preparing for his new role as Louis Vuitton artistic director, Virgil Abloh approaches his latest Off-White collection with a youthful spirit.
The setting for the new men’s collection from his own line, though, was New York, more exactly his teenager in New York on a steamy summer night, doing skate tricks with his friends.
“There’s something about that synergy – the mix of the people with the temperature – that I wanted to use as the muse”, said the designer, who – when he’s in the city – loves to sit on a bench and people watch, taking in “this cross-section of rich and elite and also thugs and street kids”.
The brand’s Spring/Summer 2019 lineup tackled casual style with a focus on denim, slightly distressed or coming in blue and black rinses. Graphics paid tribute to American graffiti artist Dondi White and also Bart Simpson. All looks were strung with industrial jewelry, hardware and keychains, with models sporting Dr. Martens boots, clear Rimowa backpacks with Off-White-logo shoulder straps. 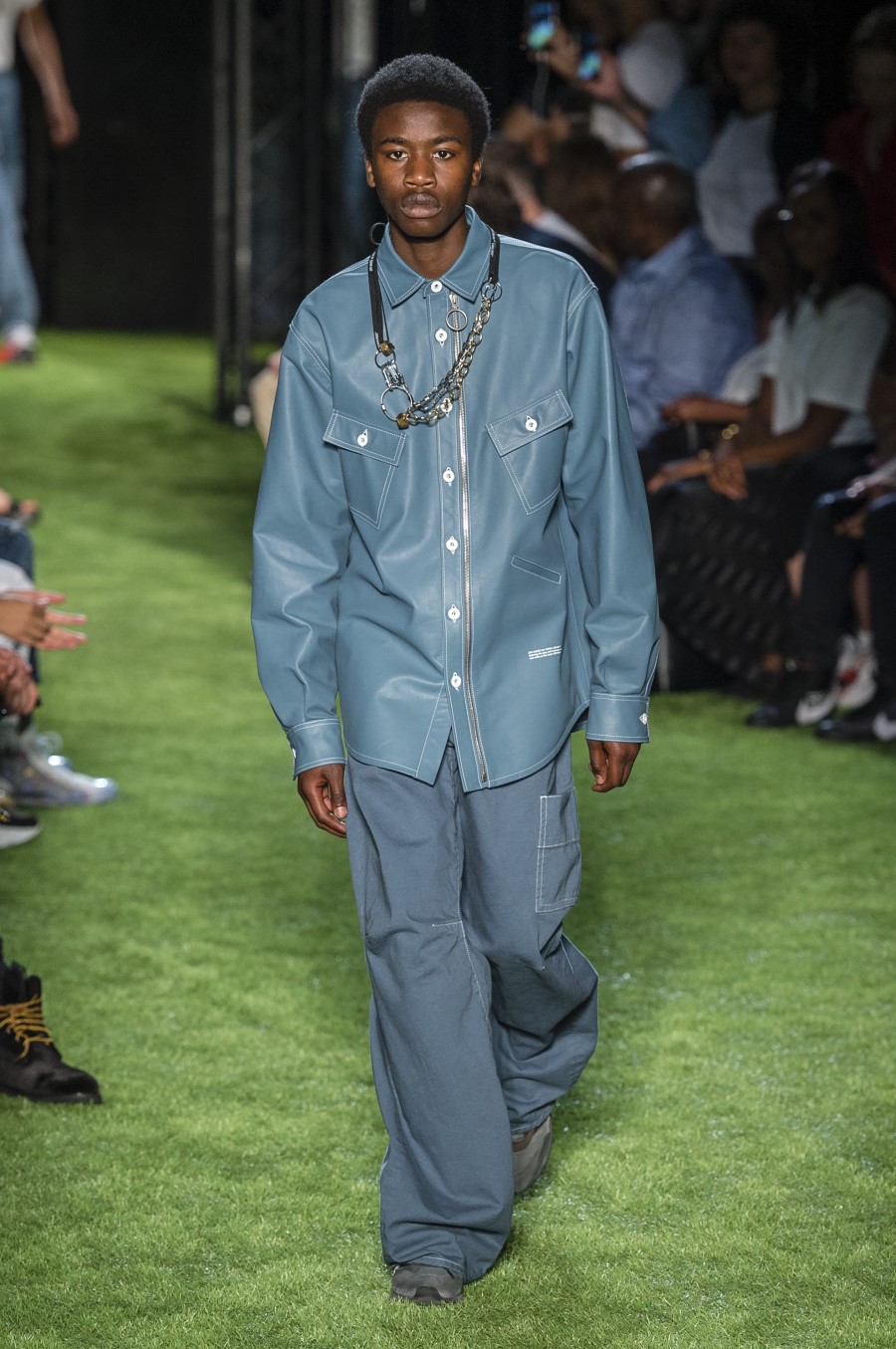 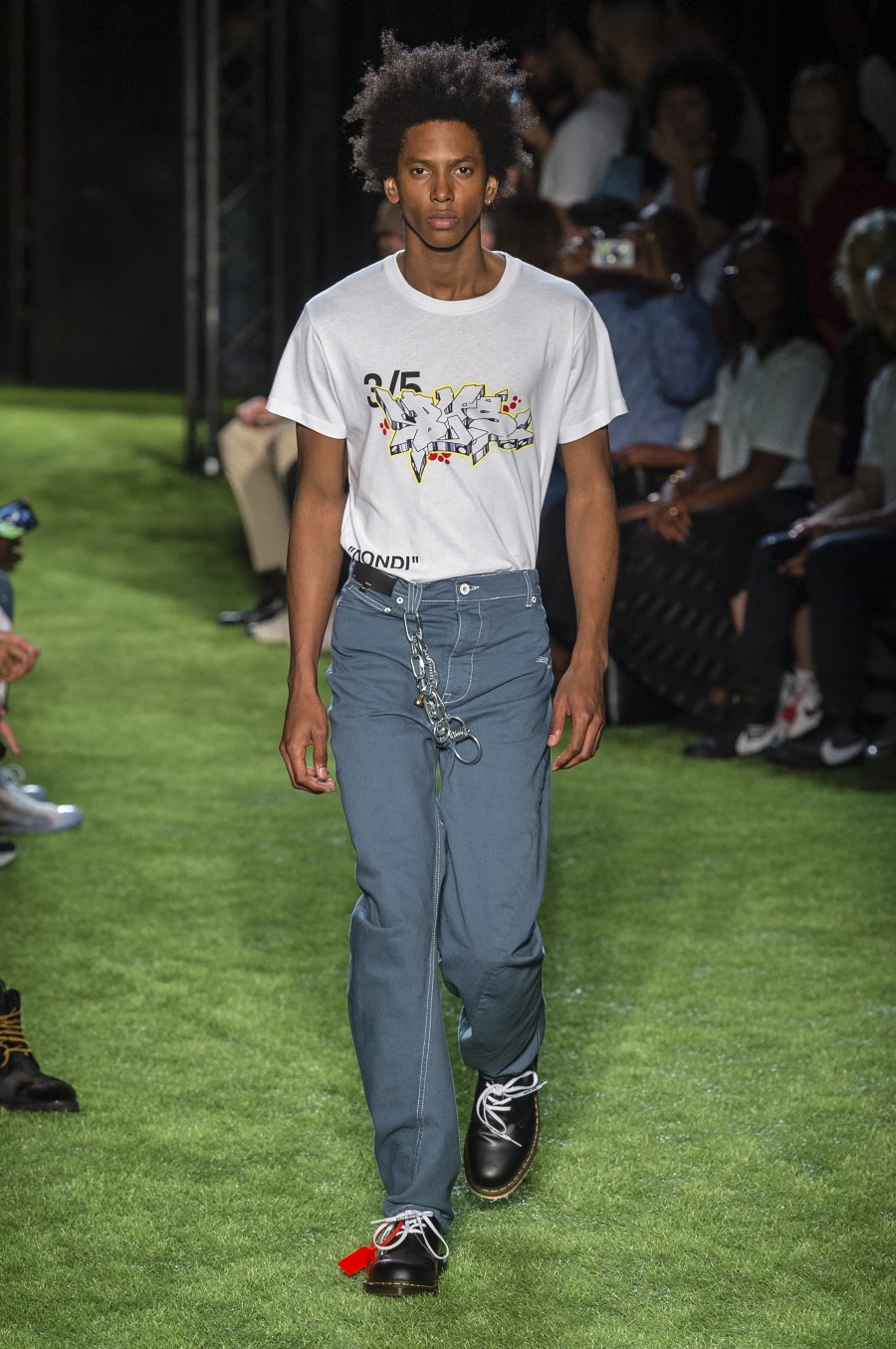 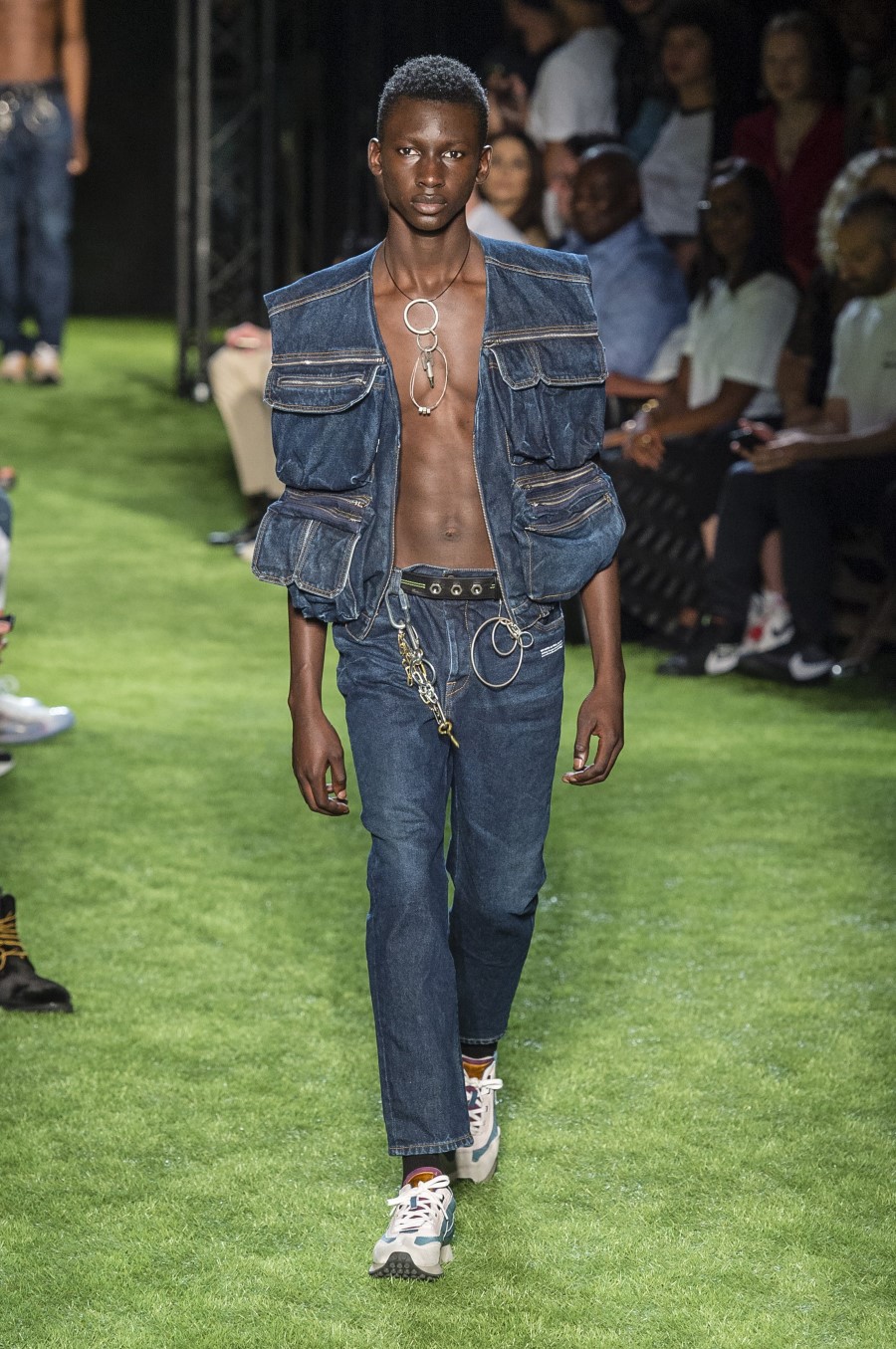 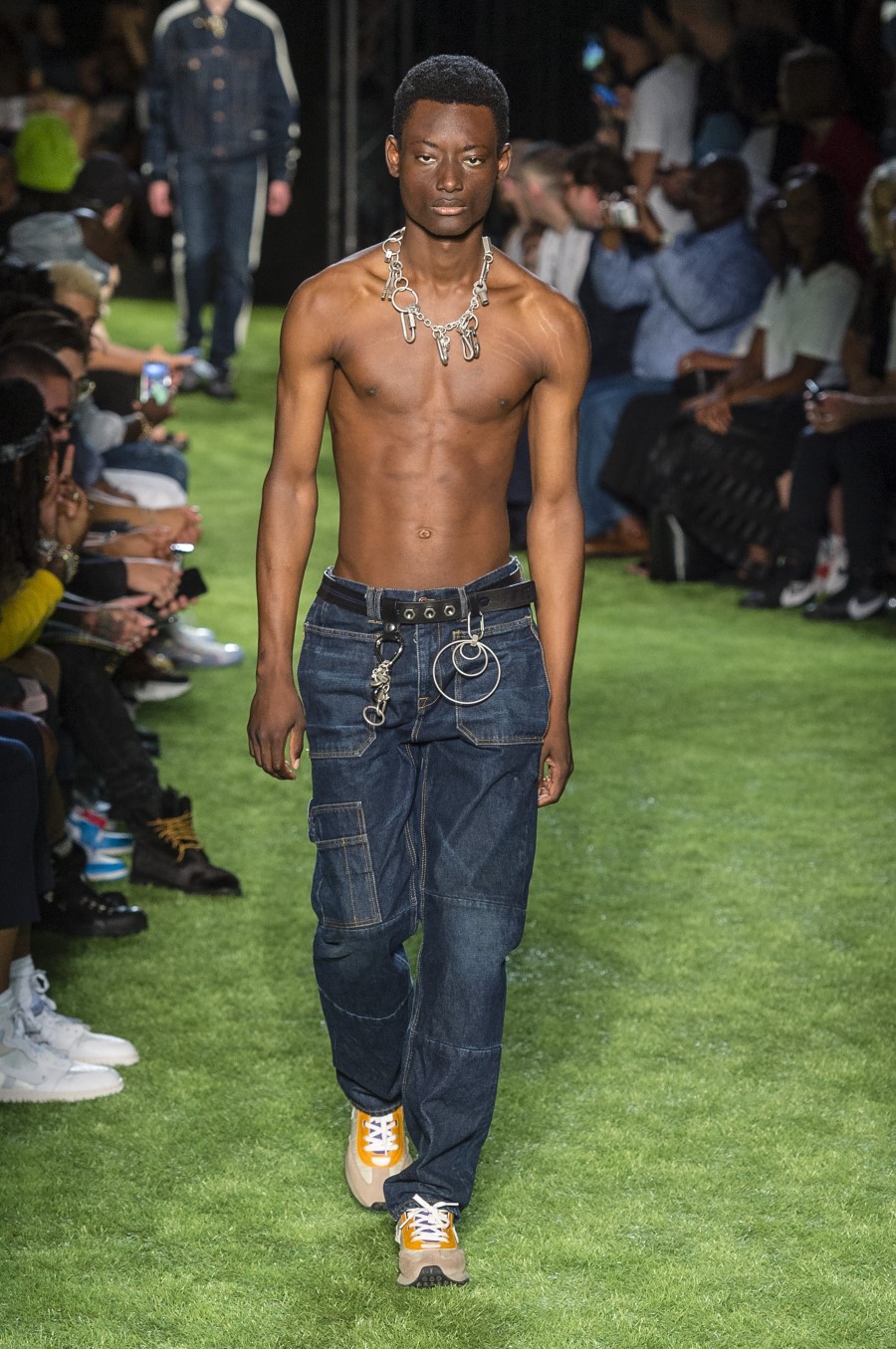 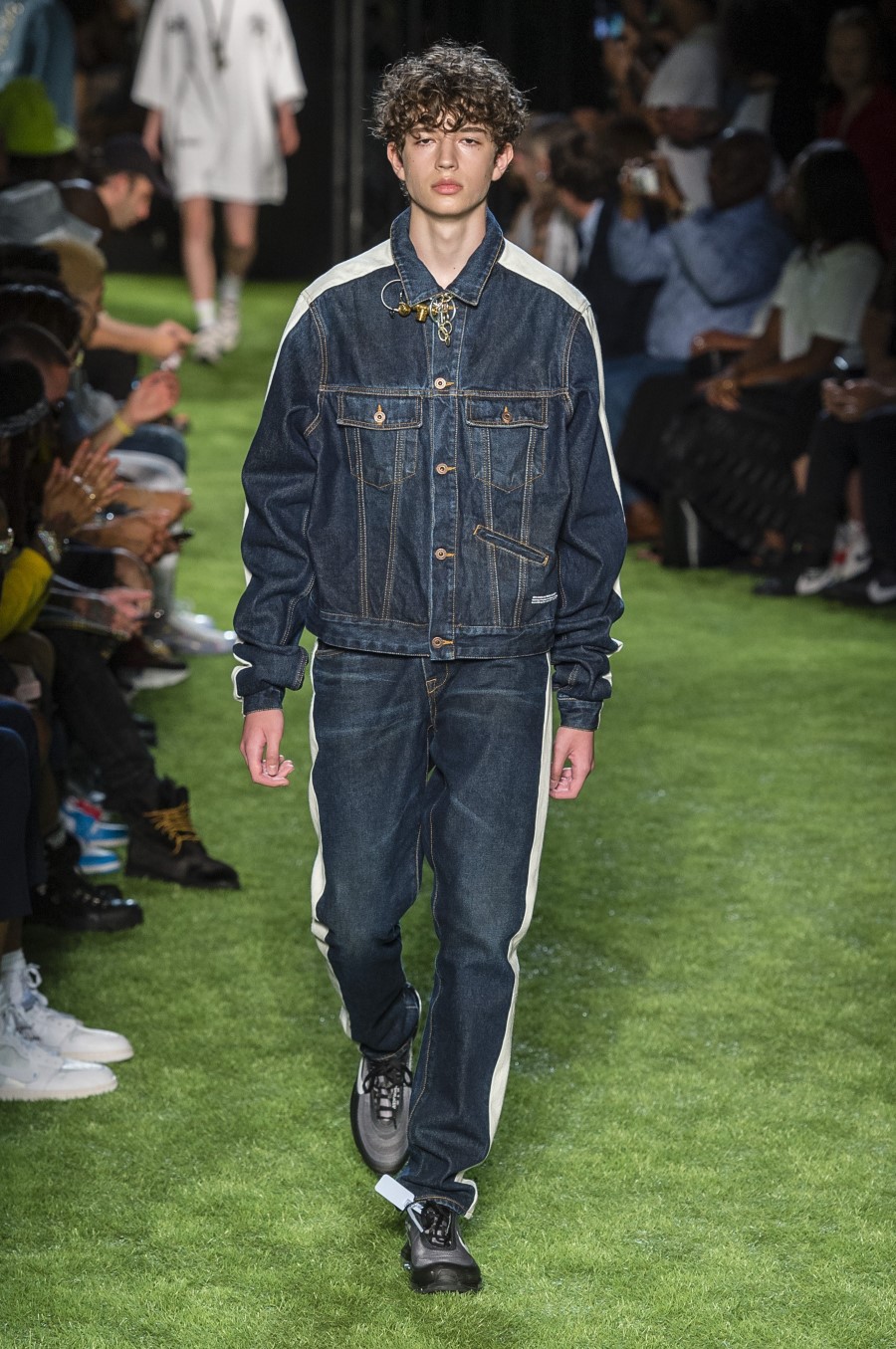 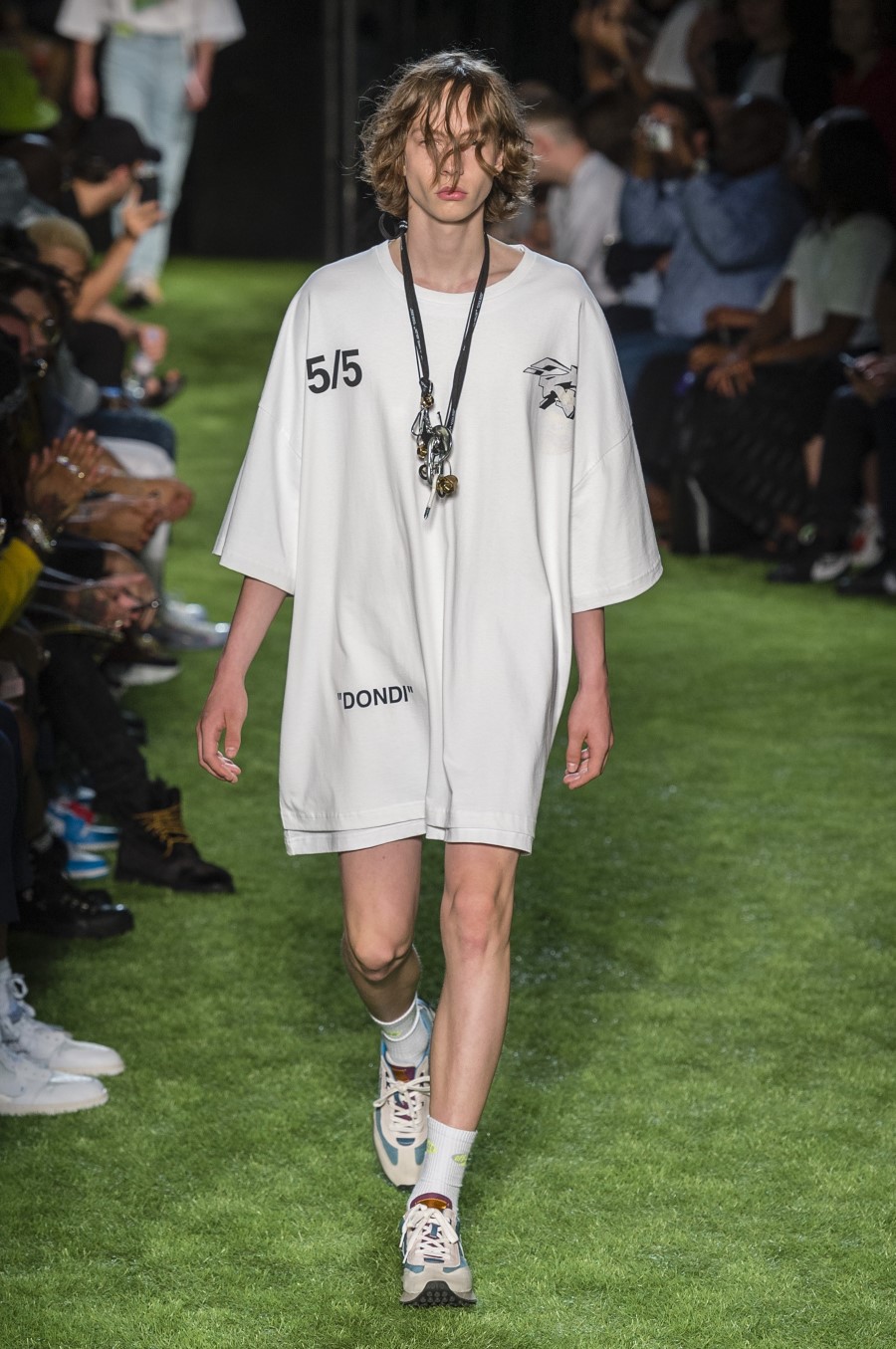 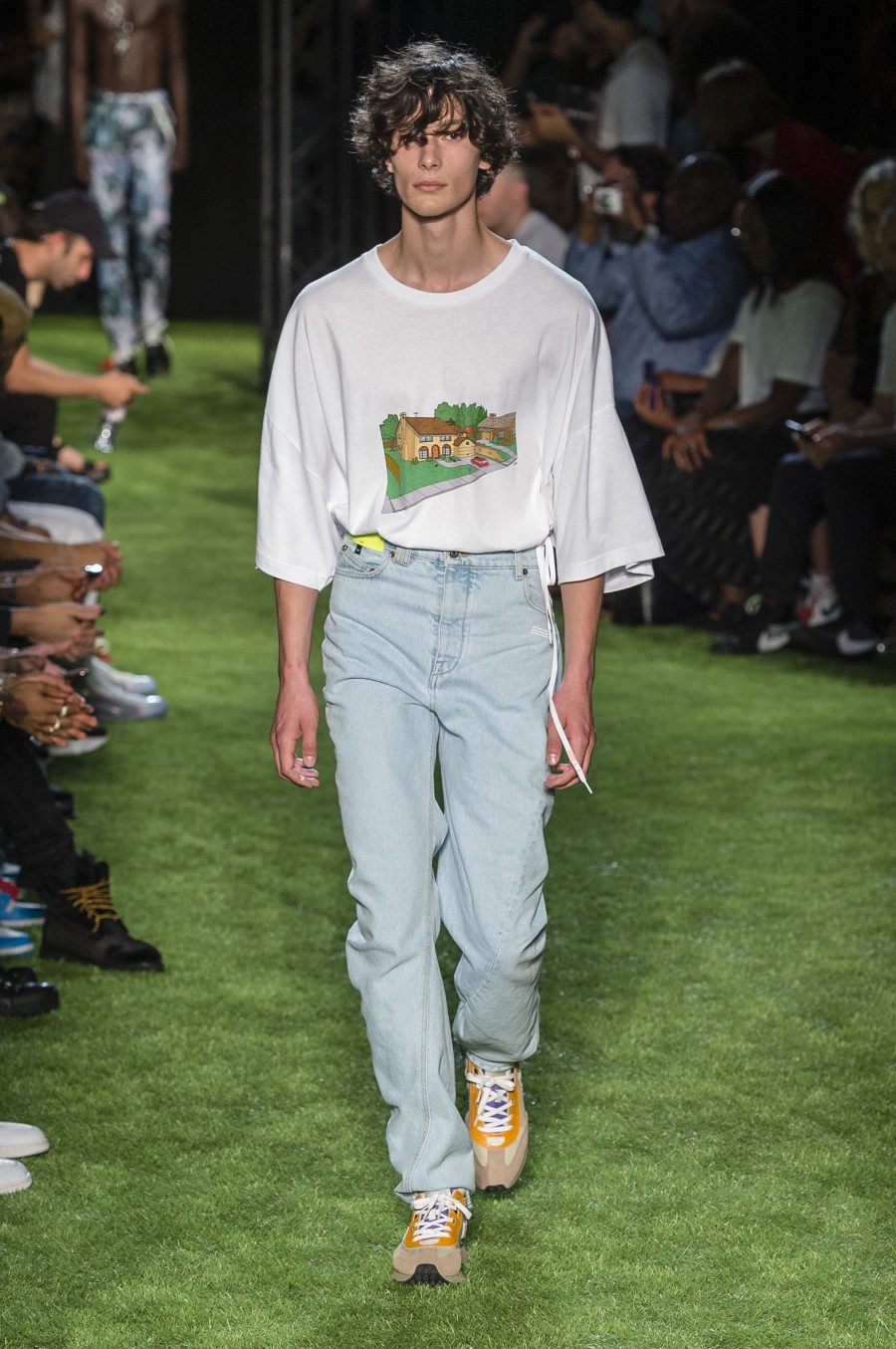 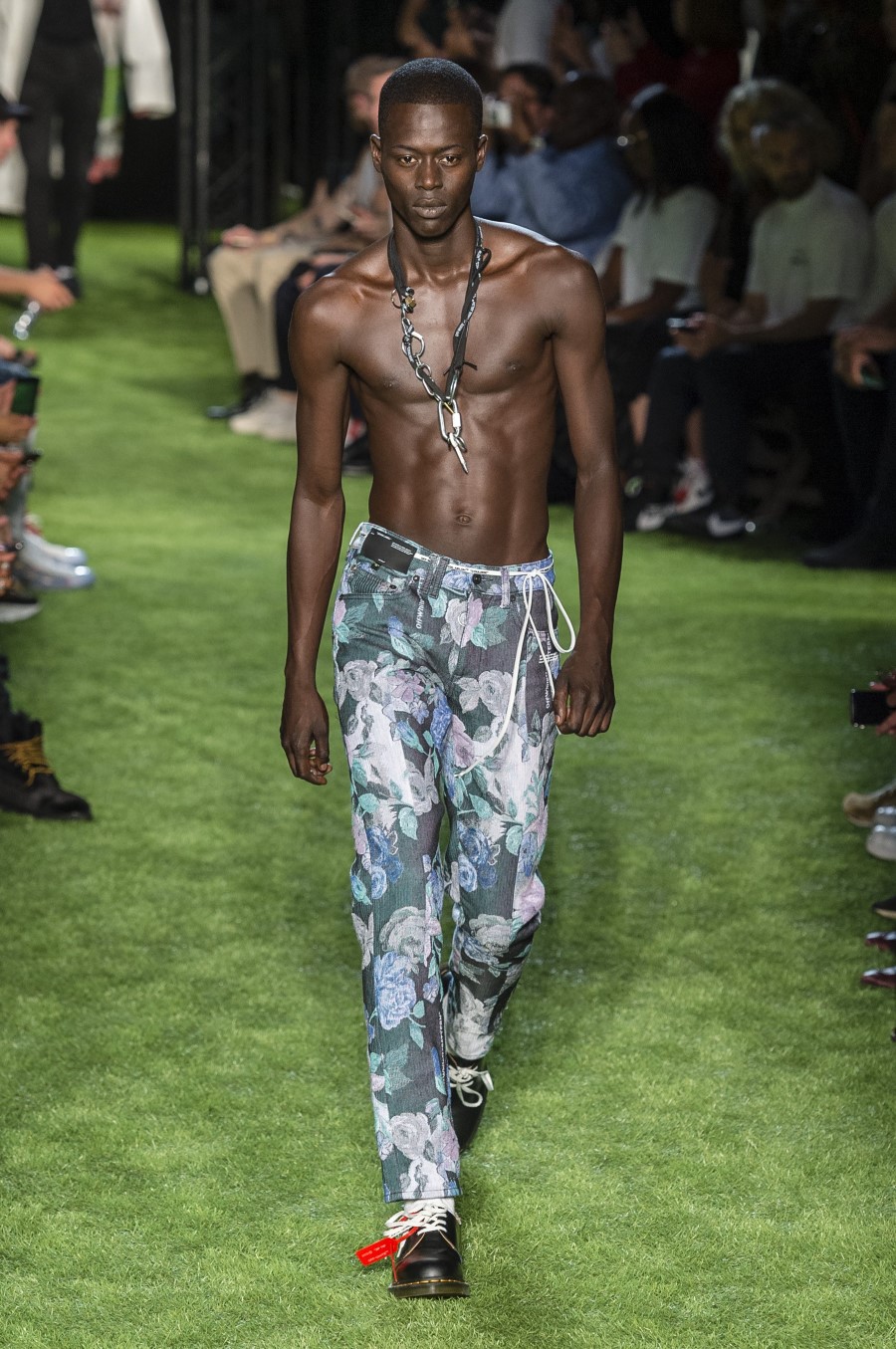 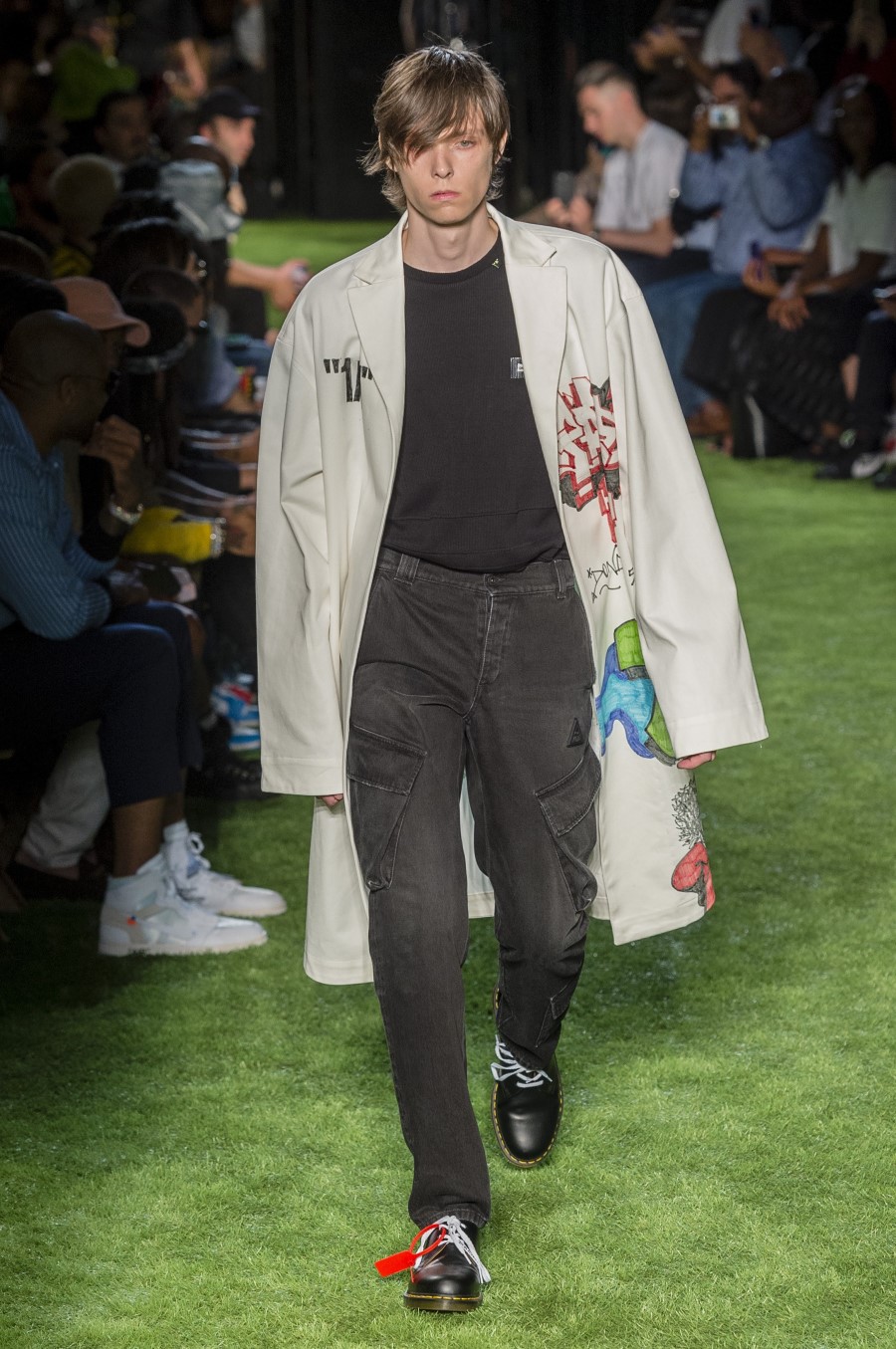 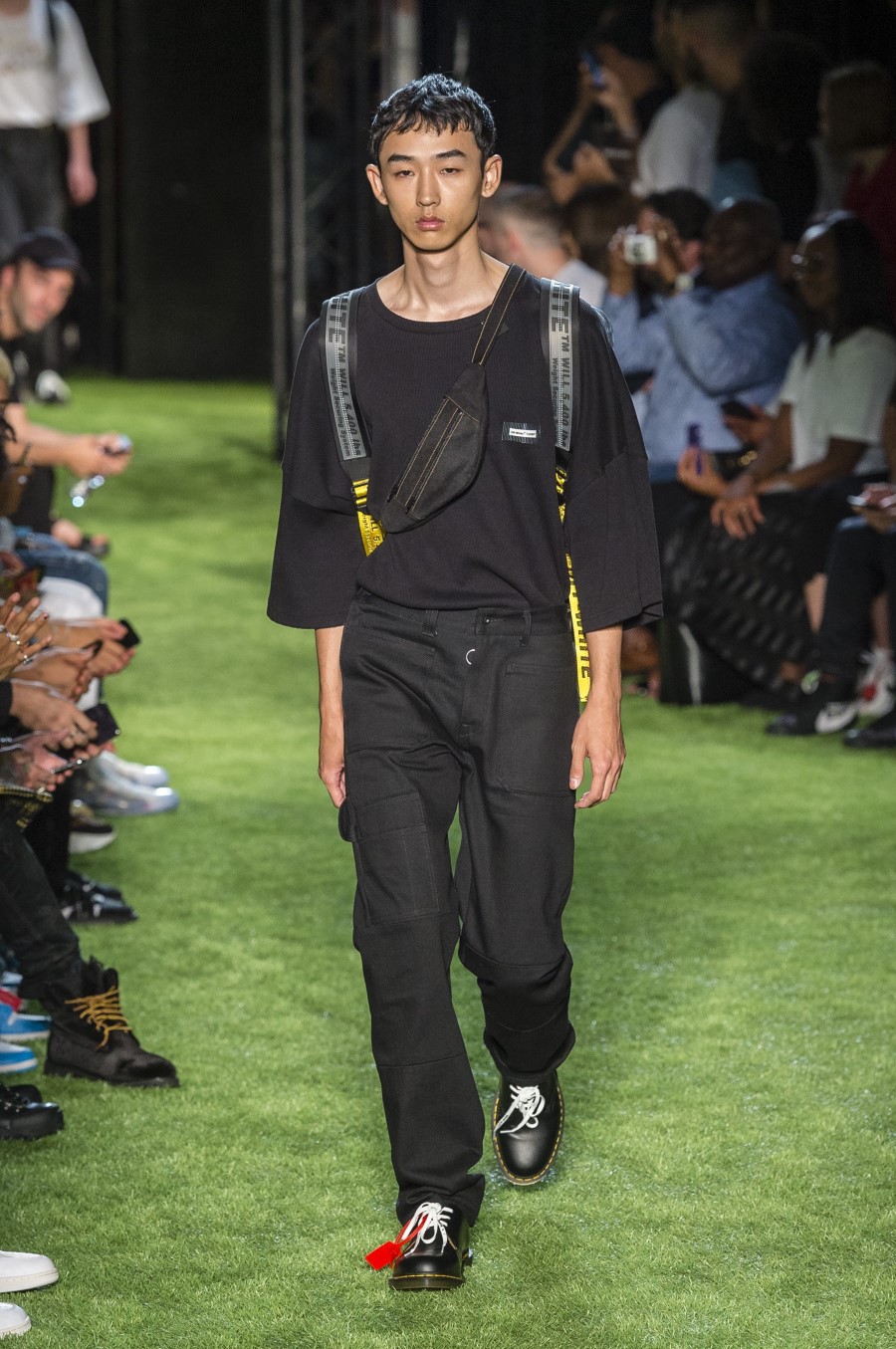 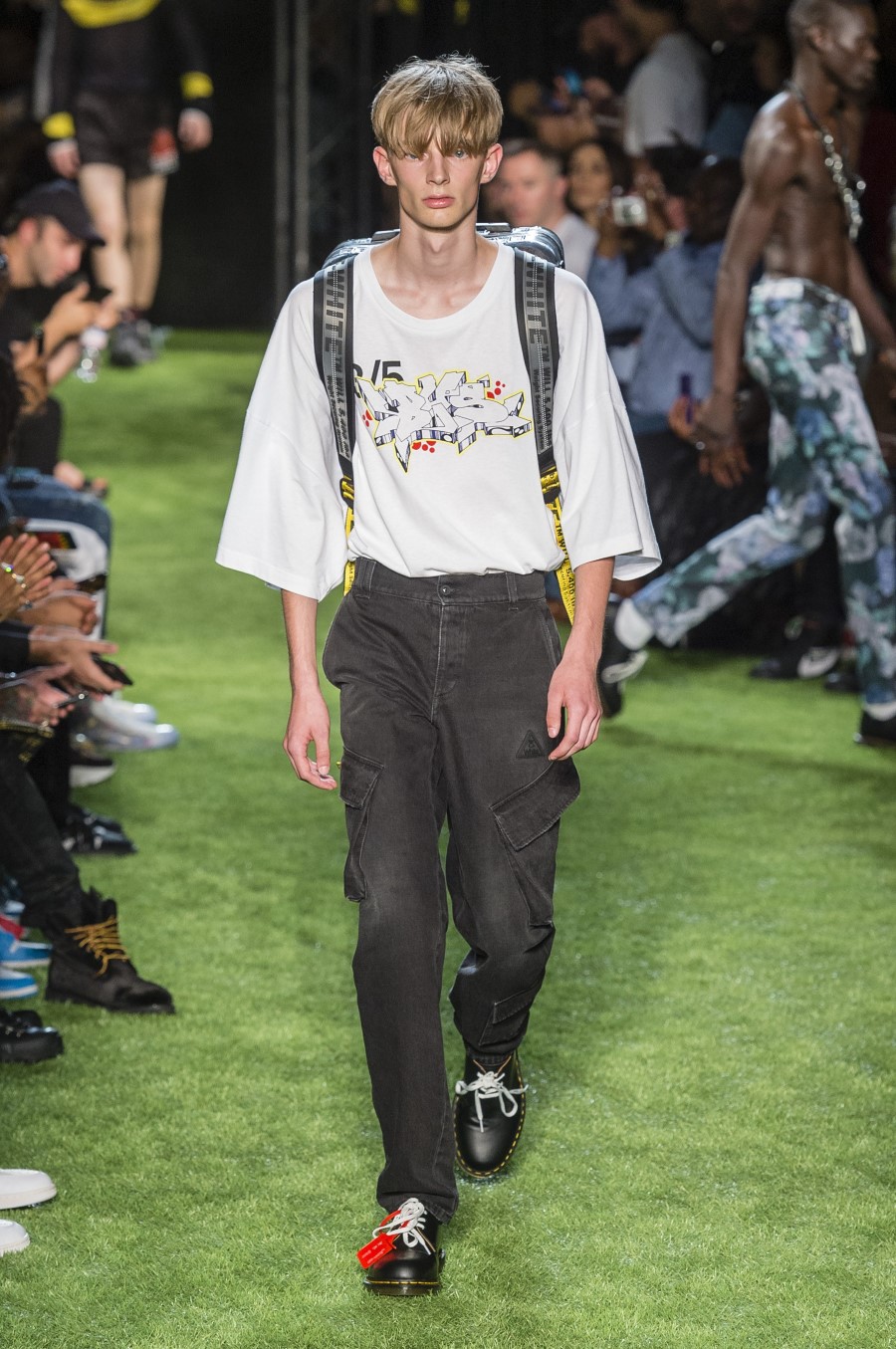 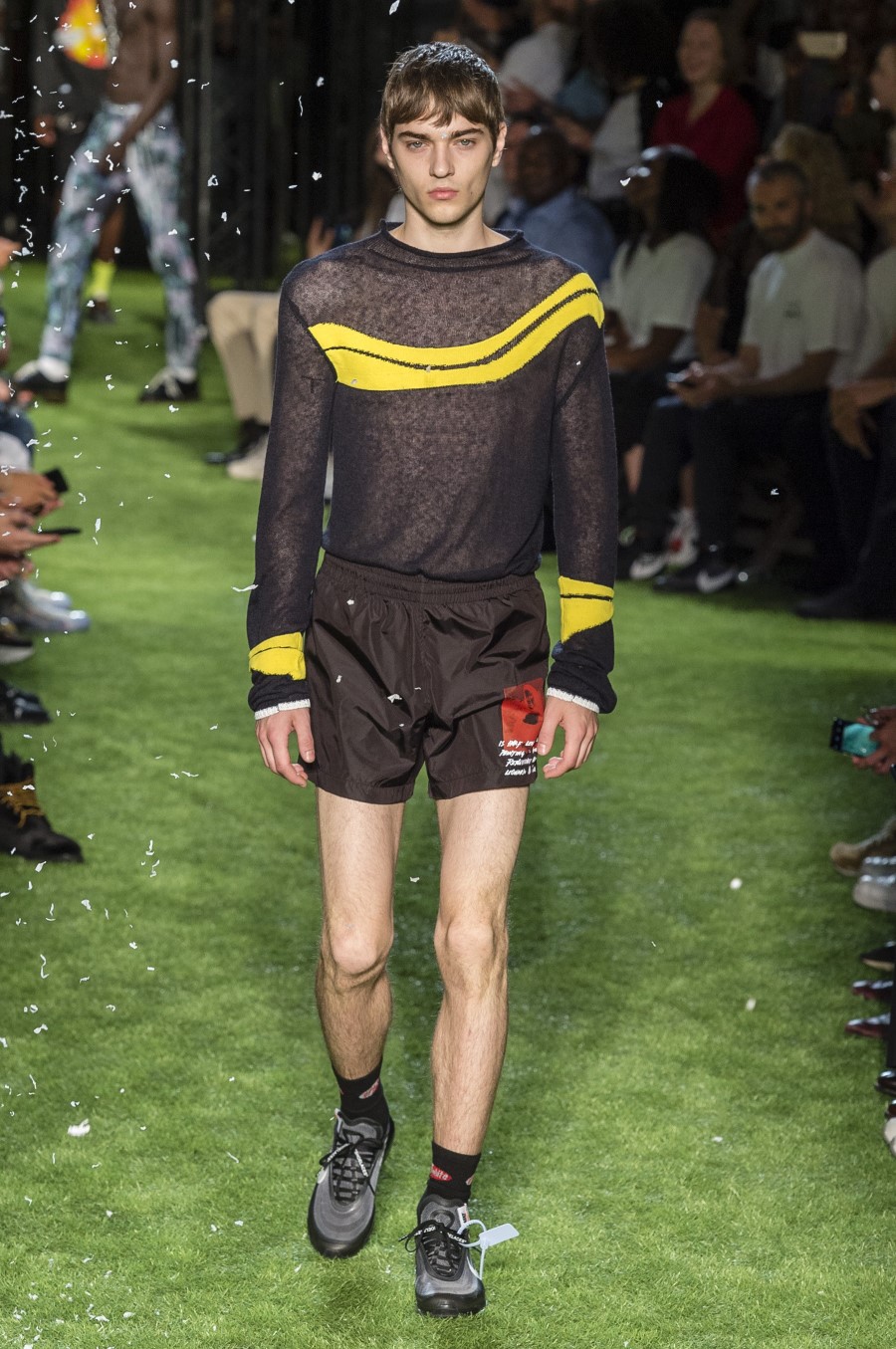 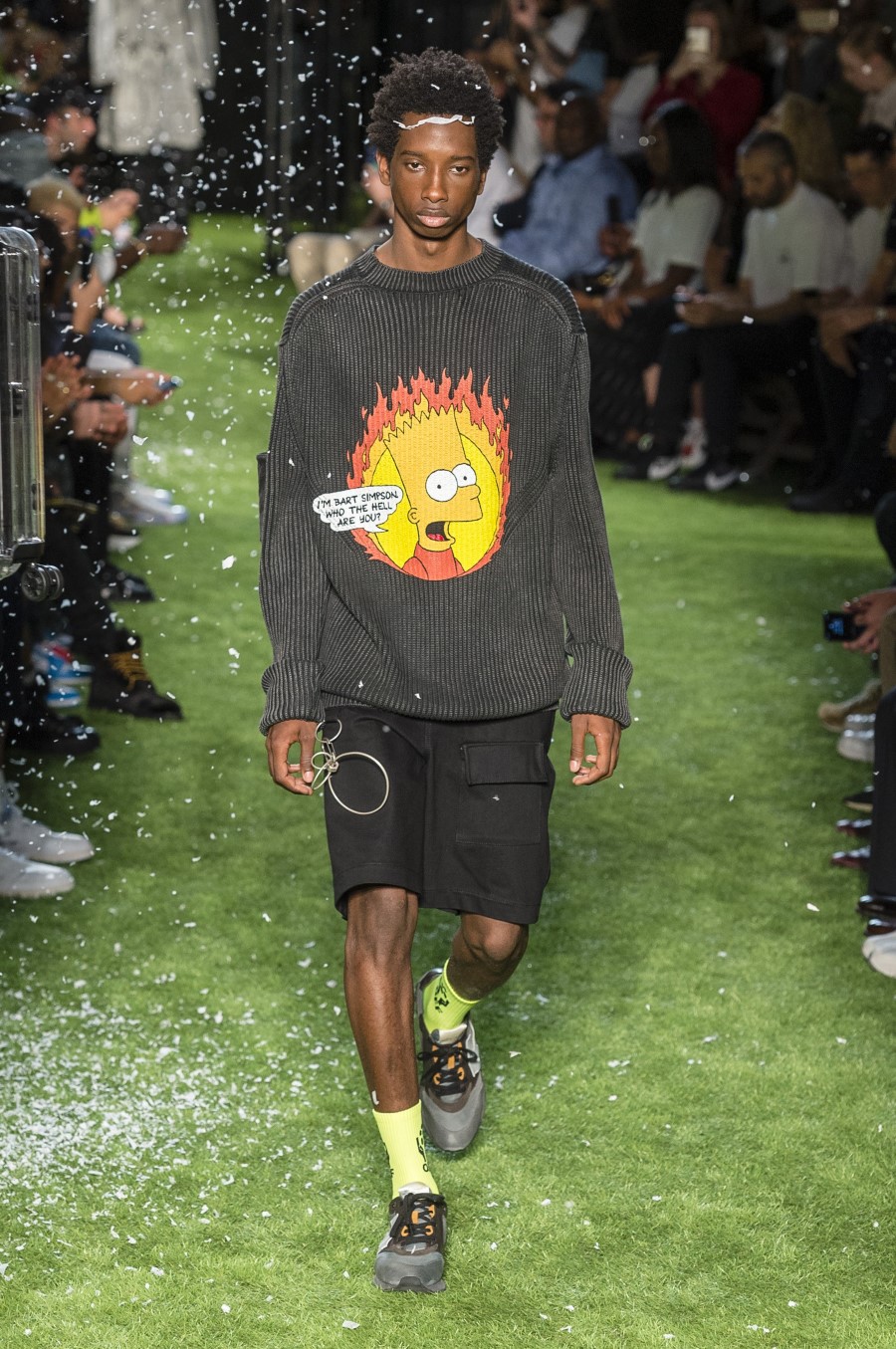 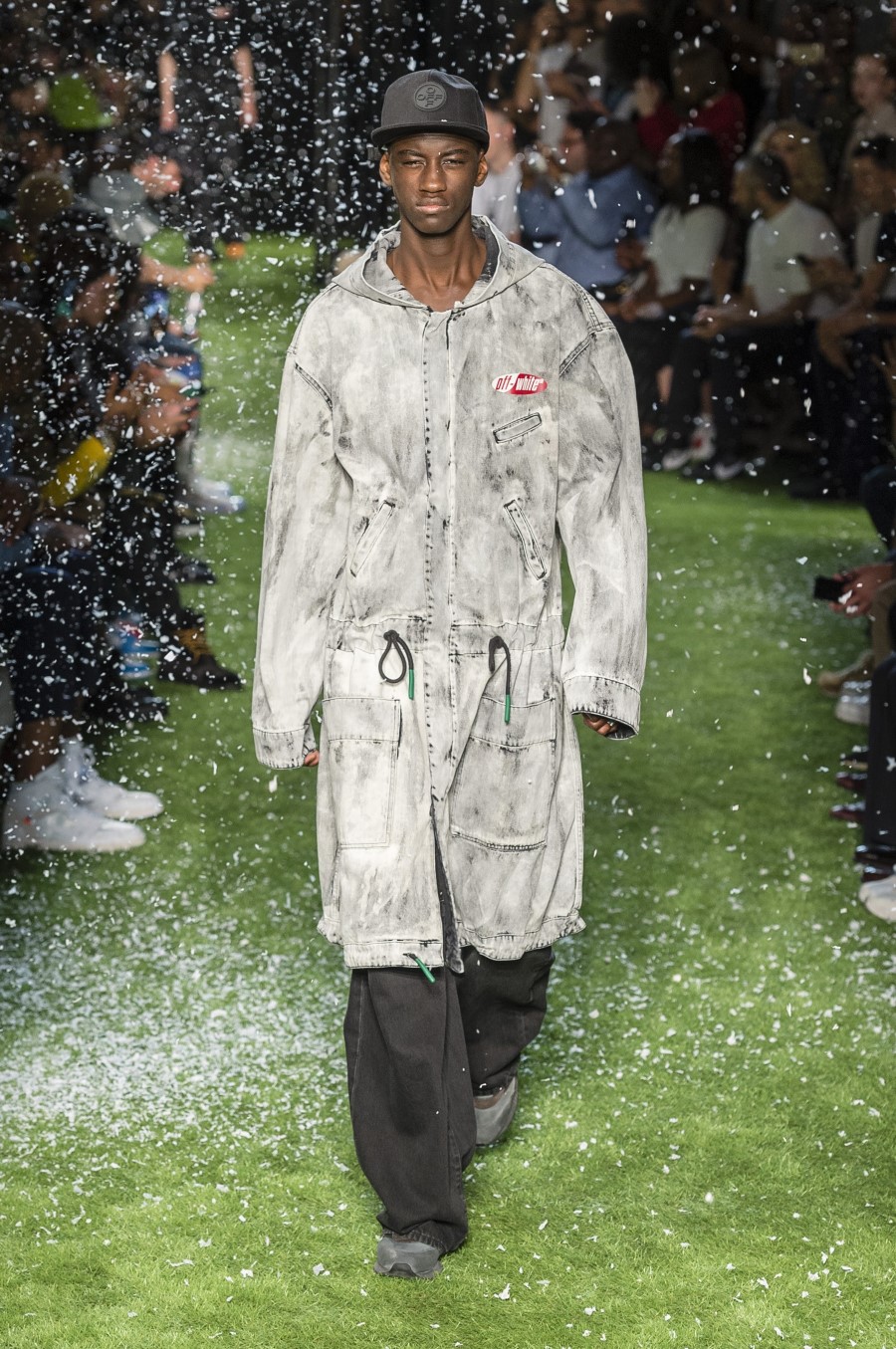 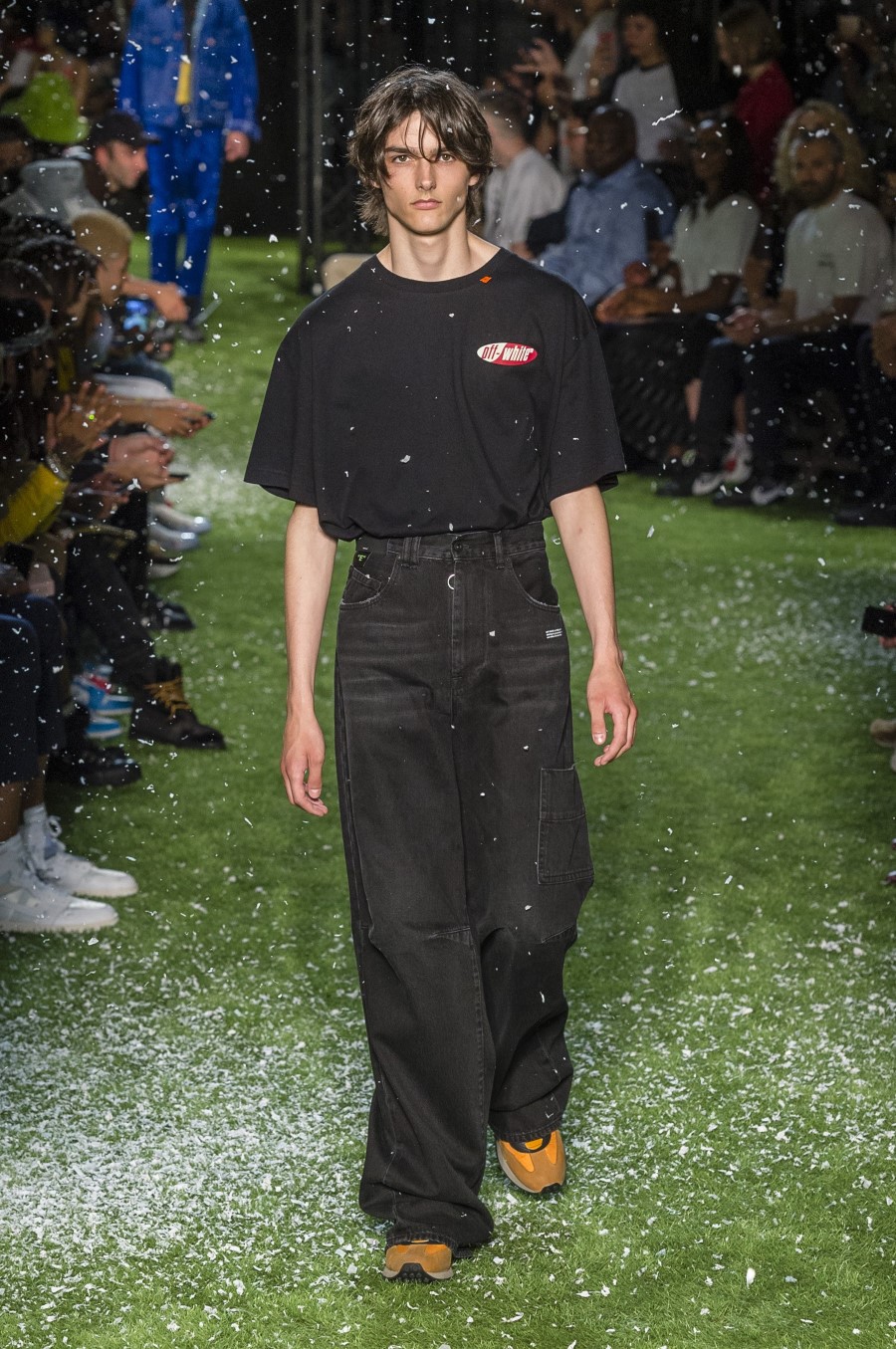 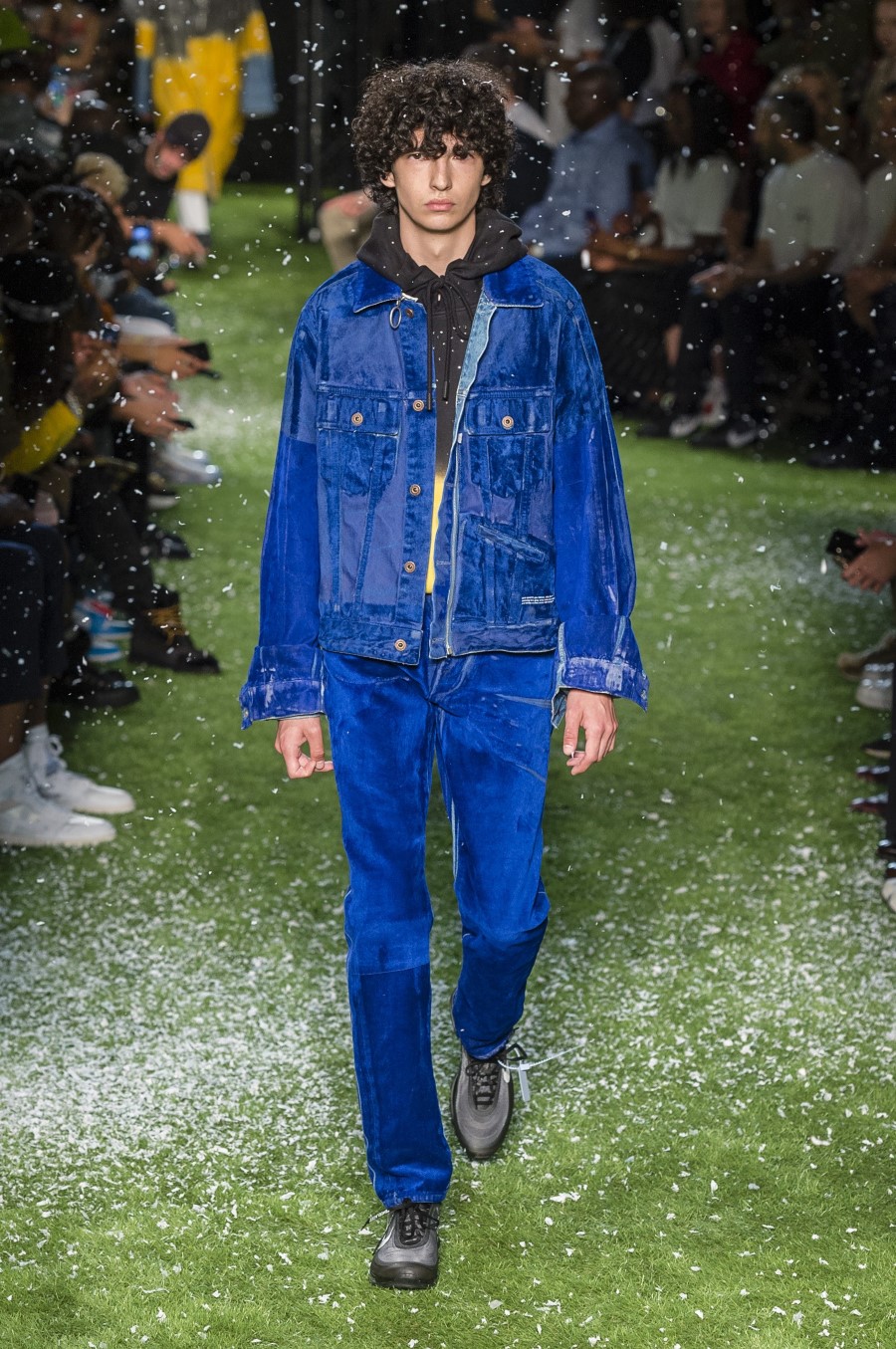 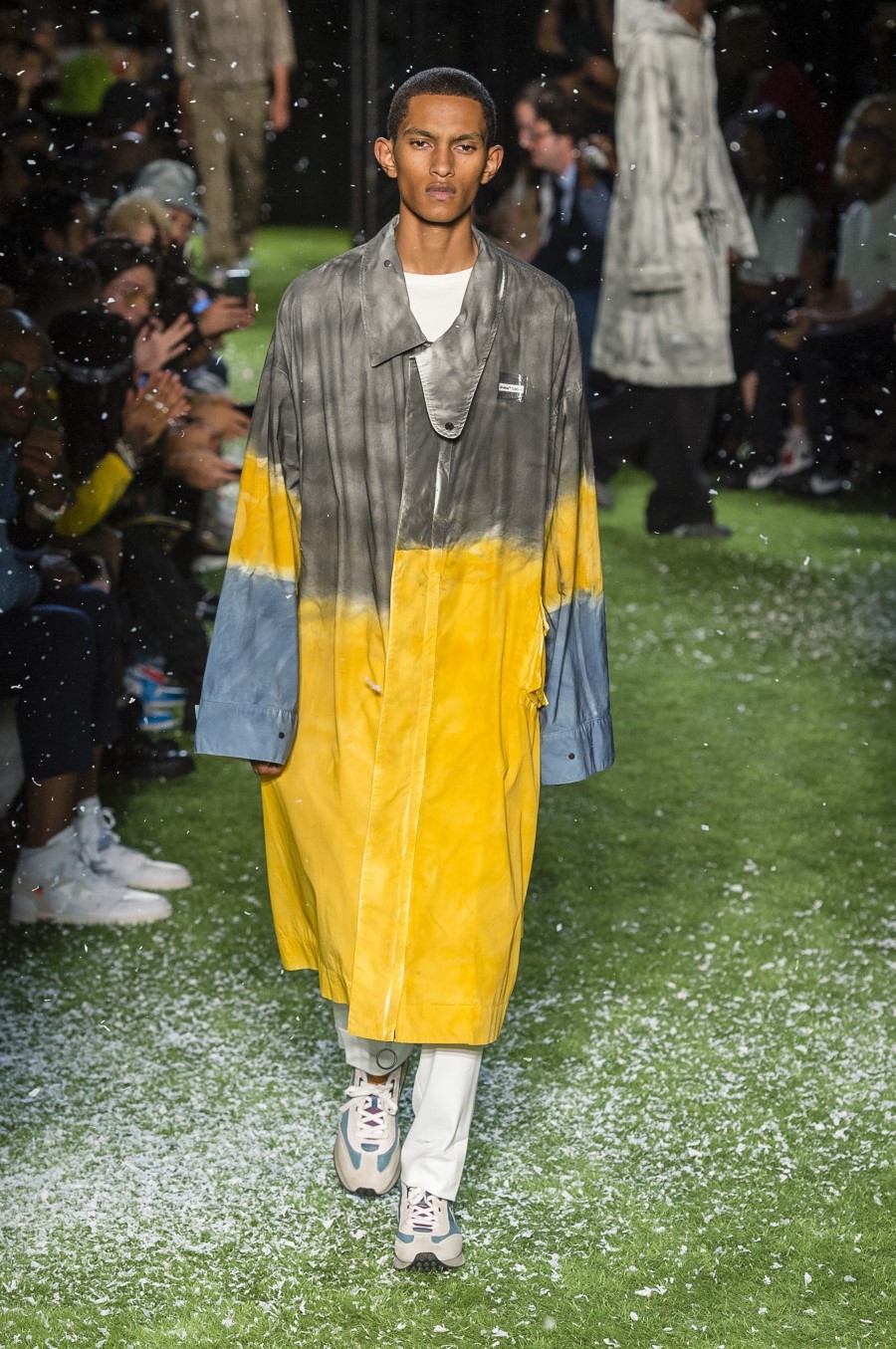 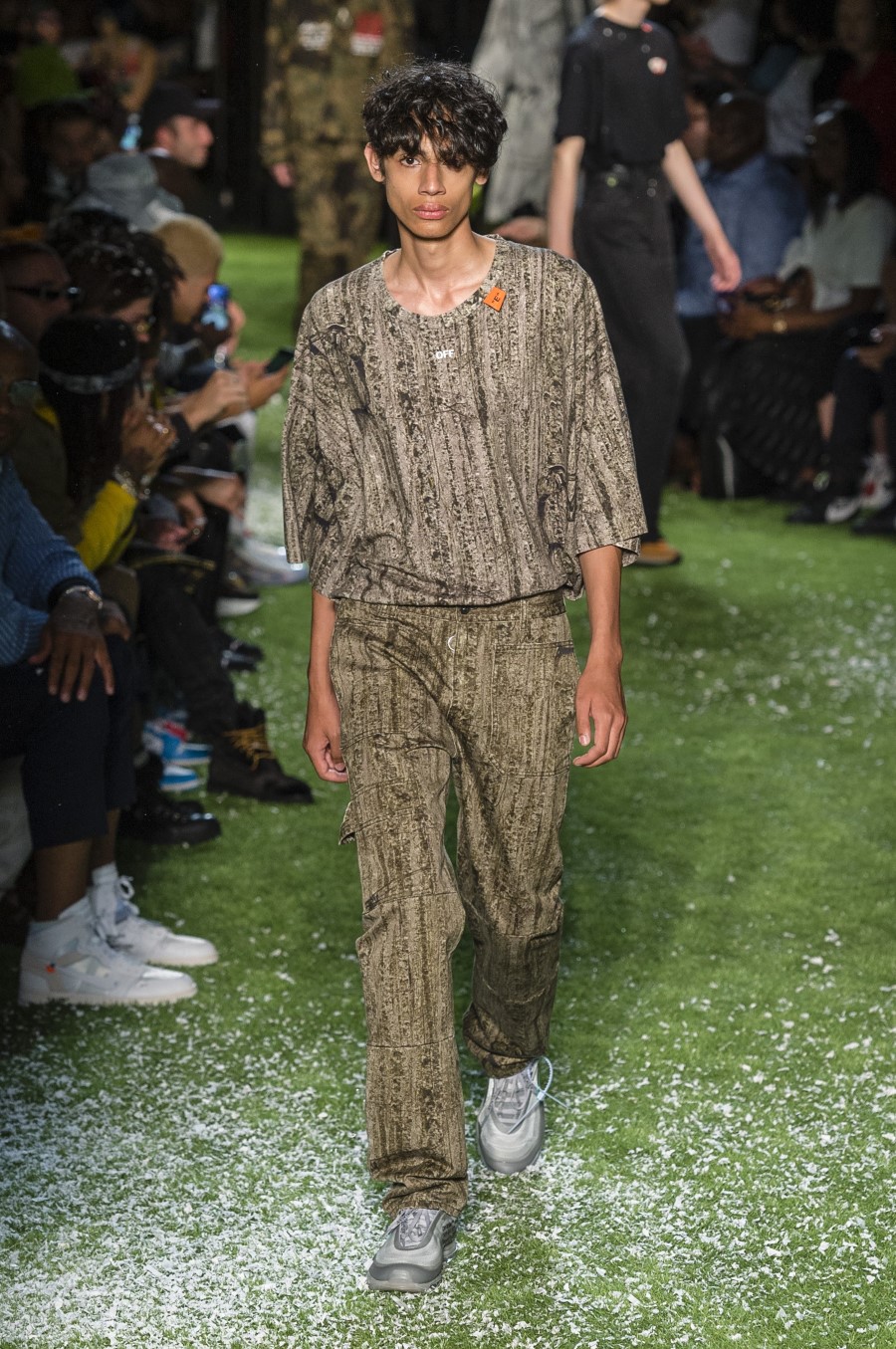 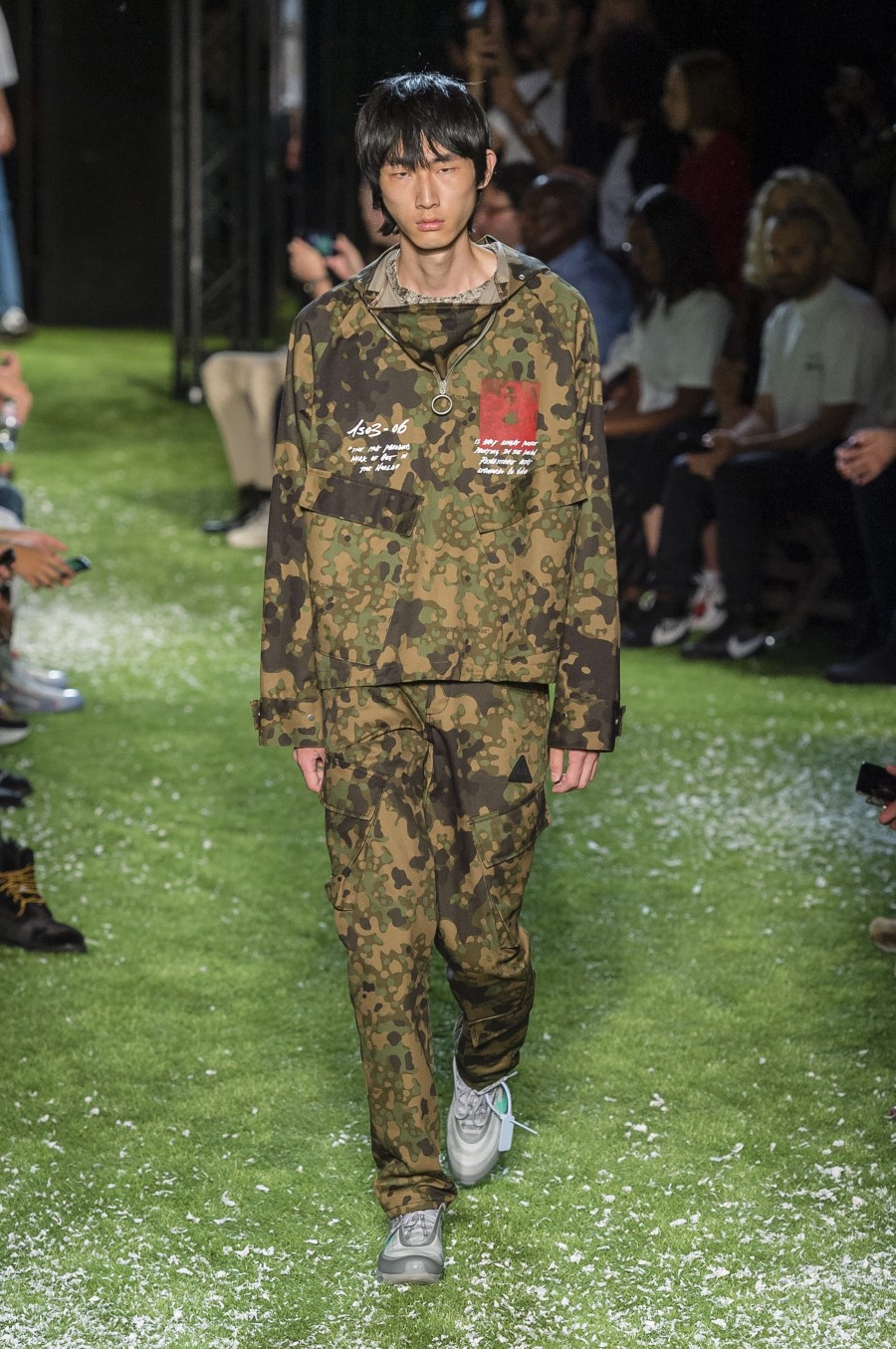 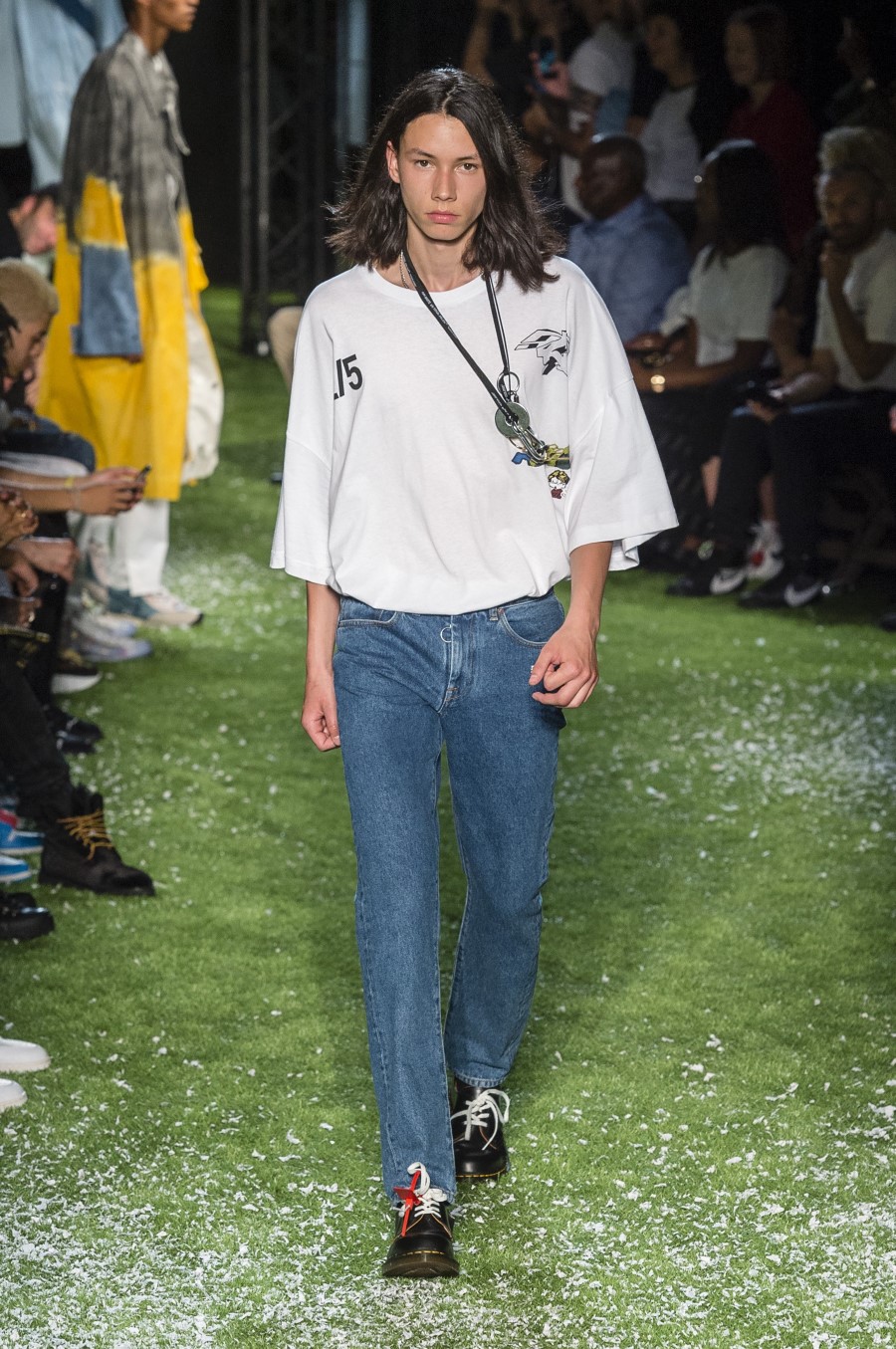 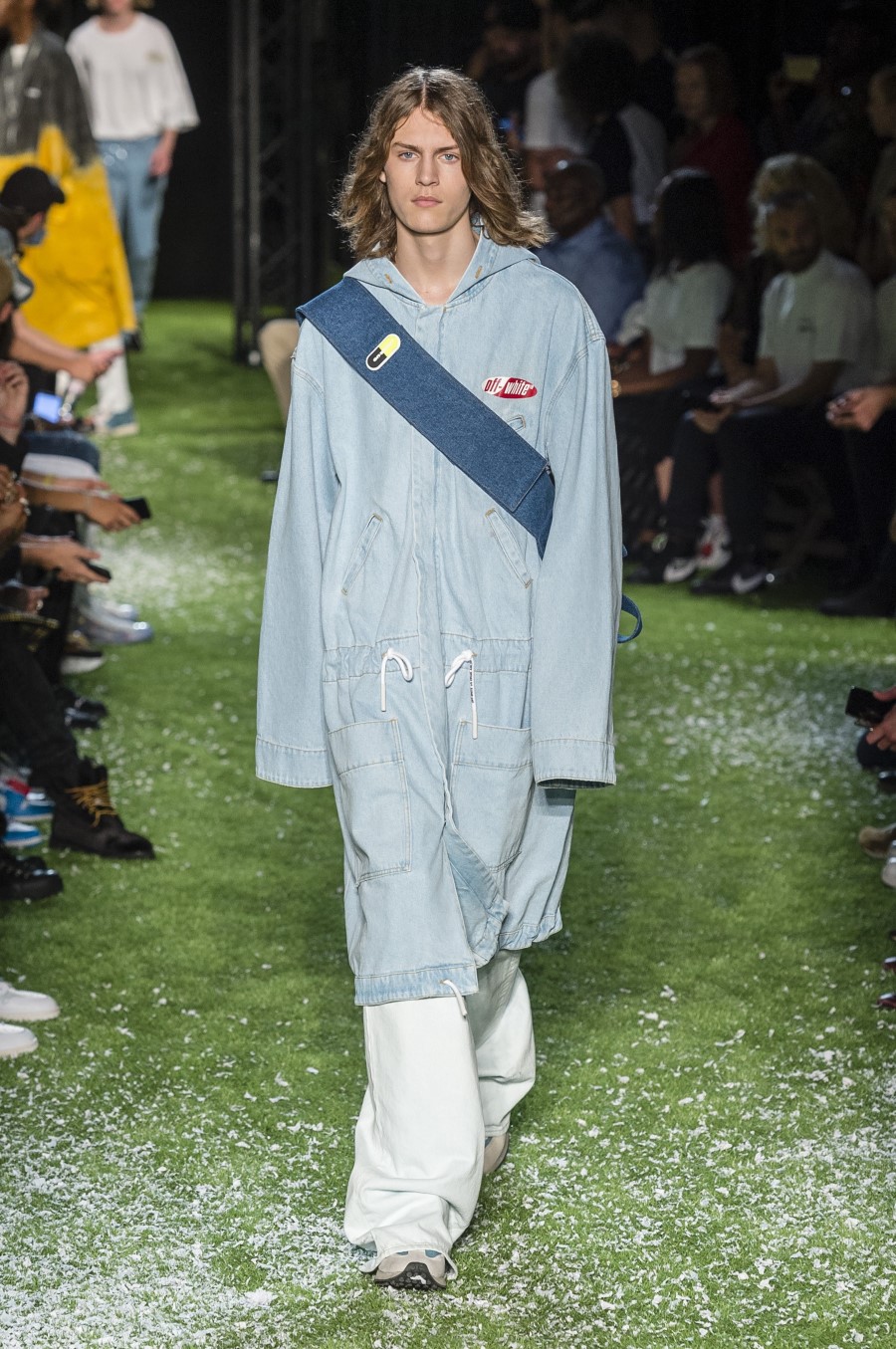 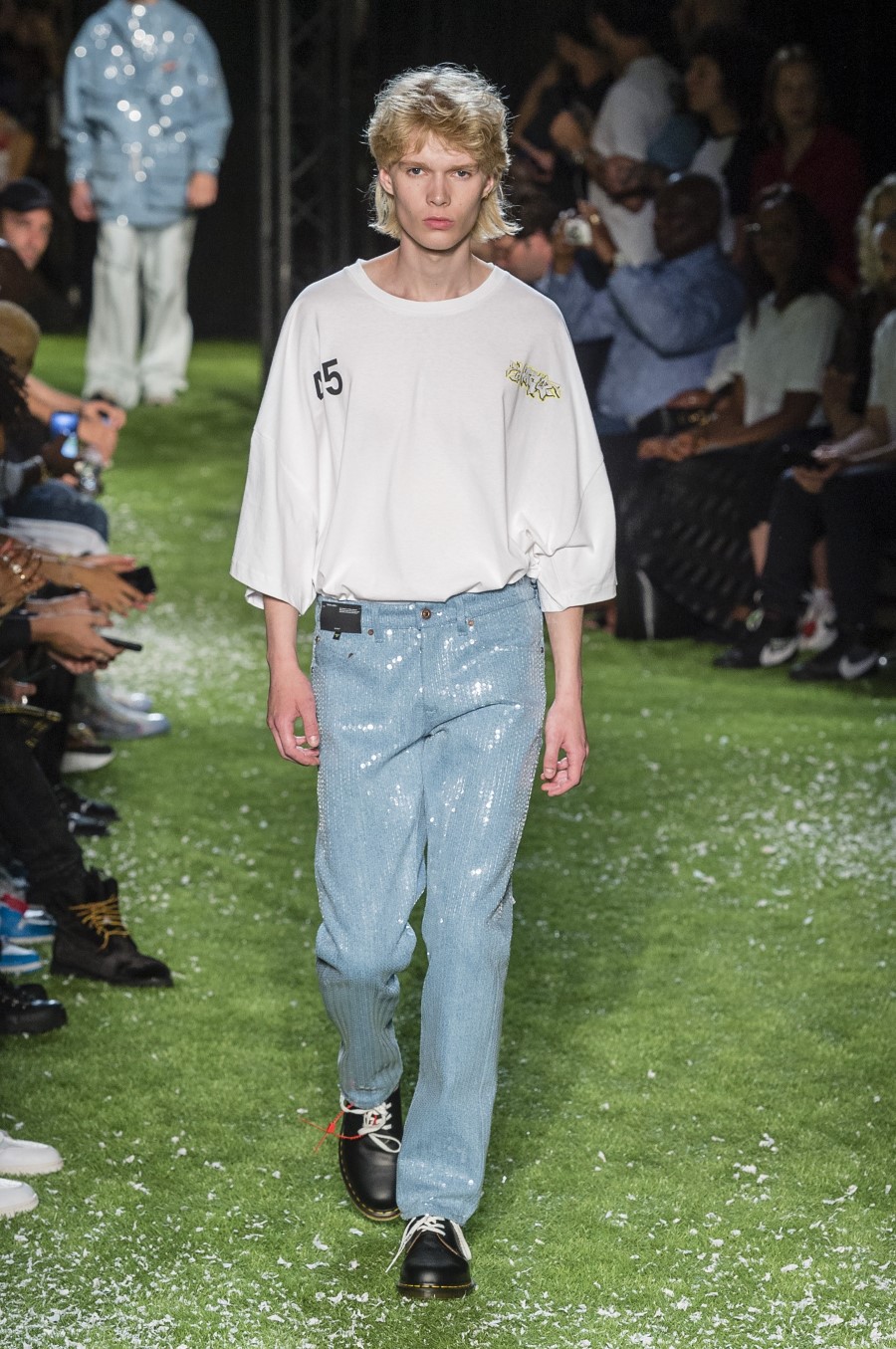 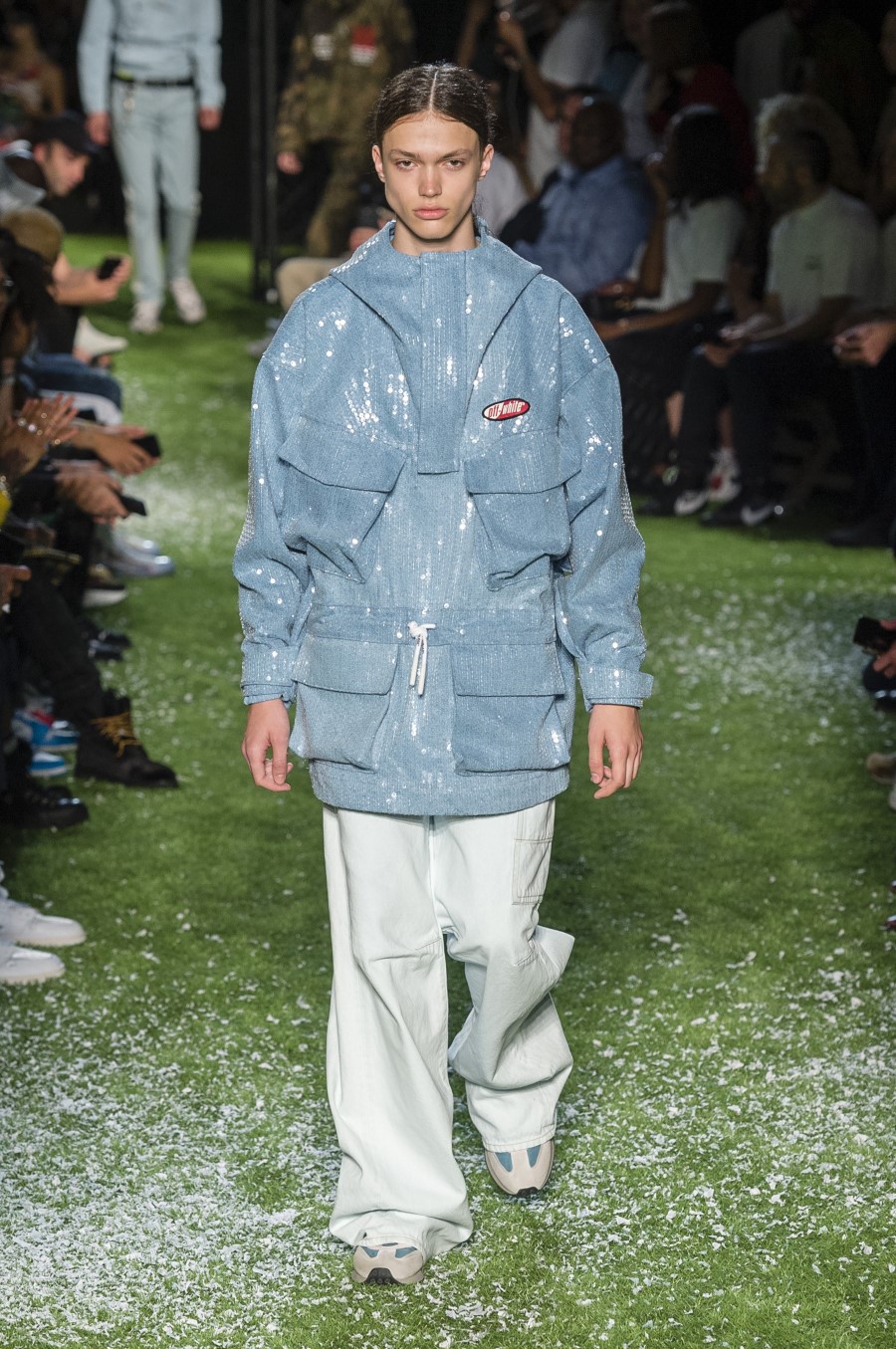 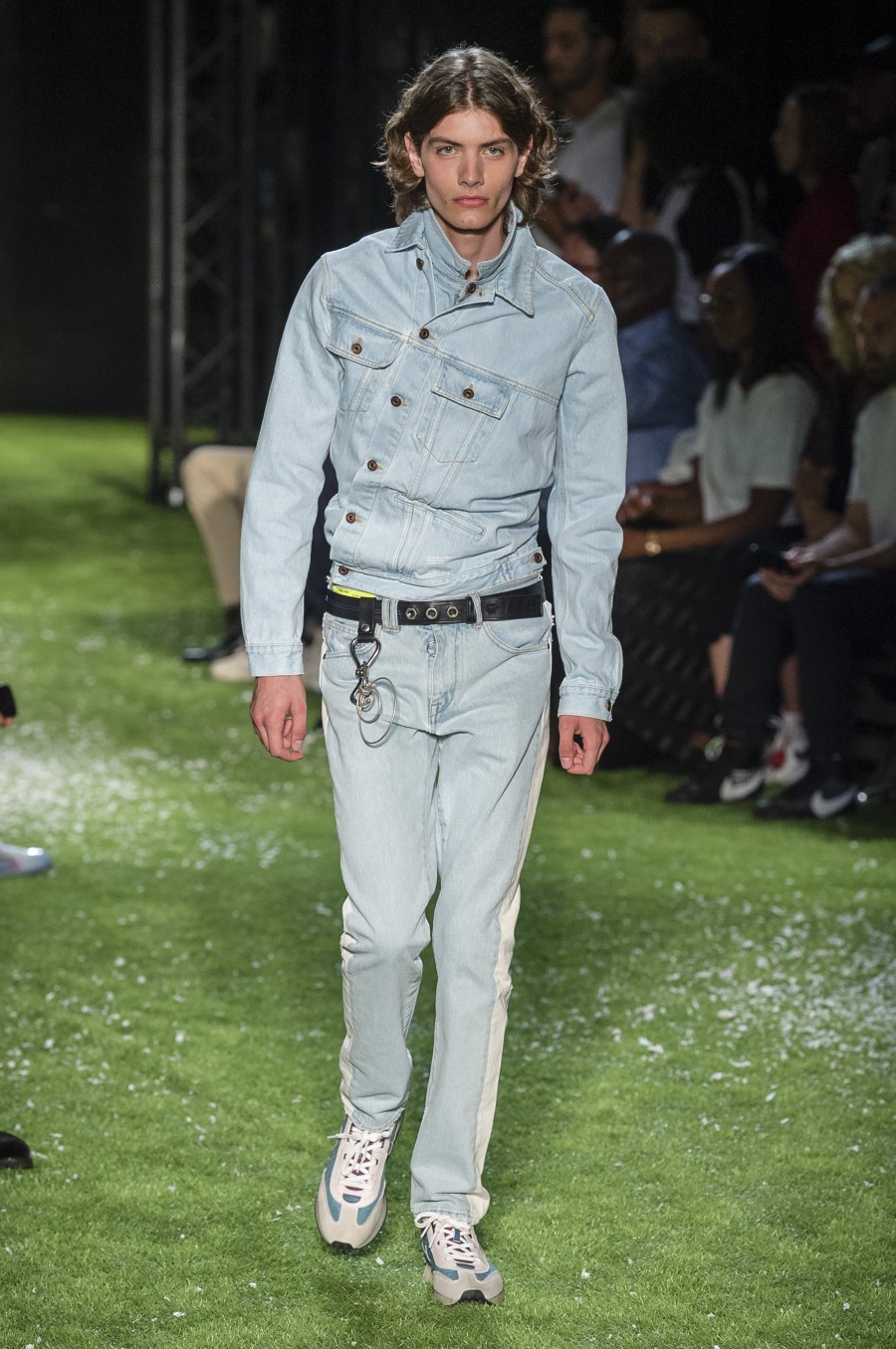 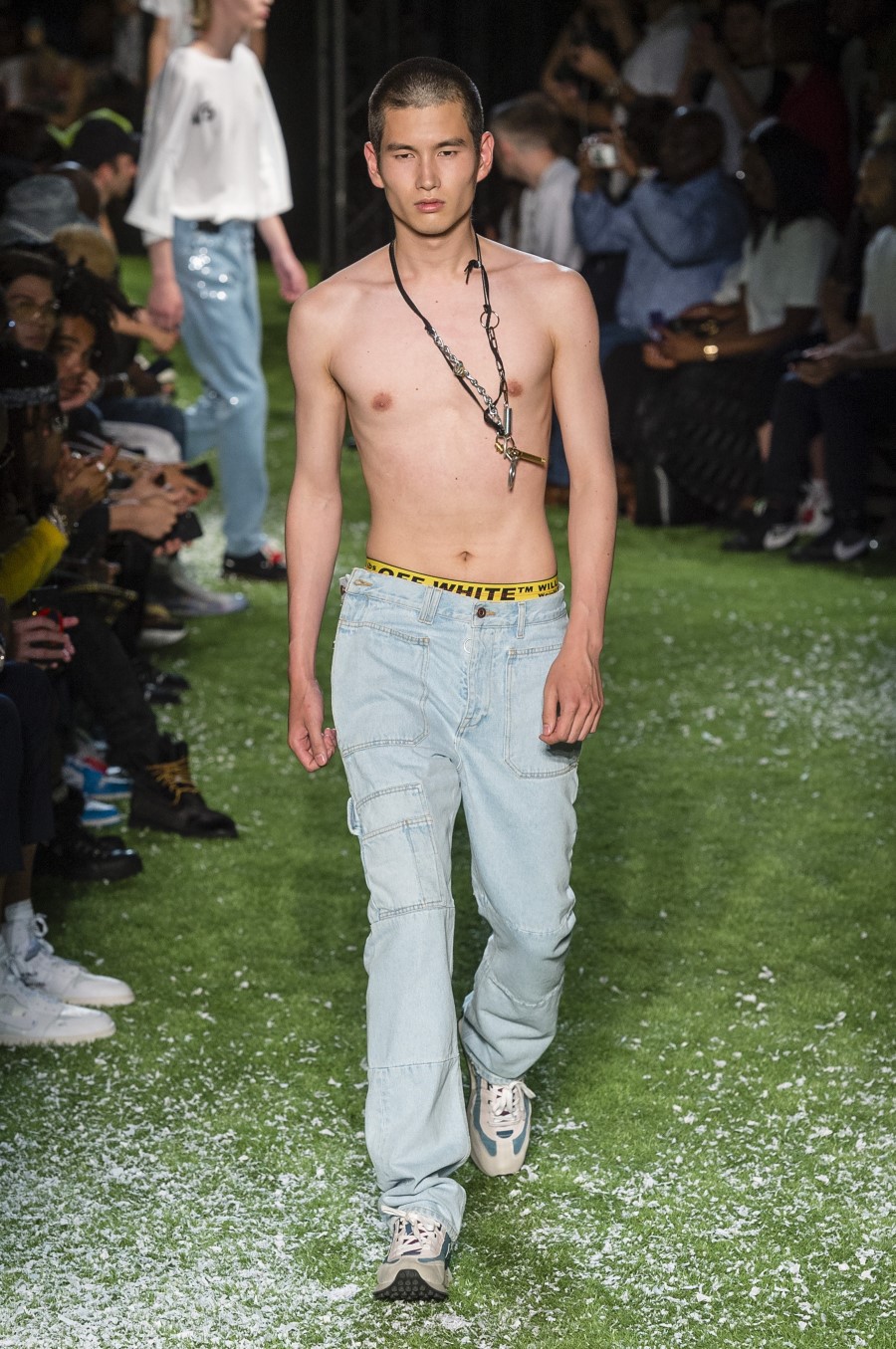 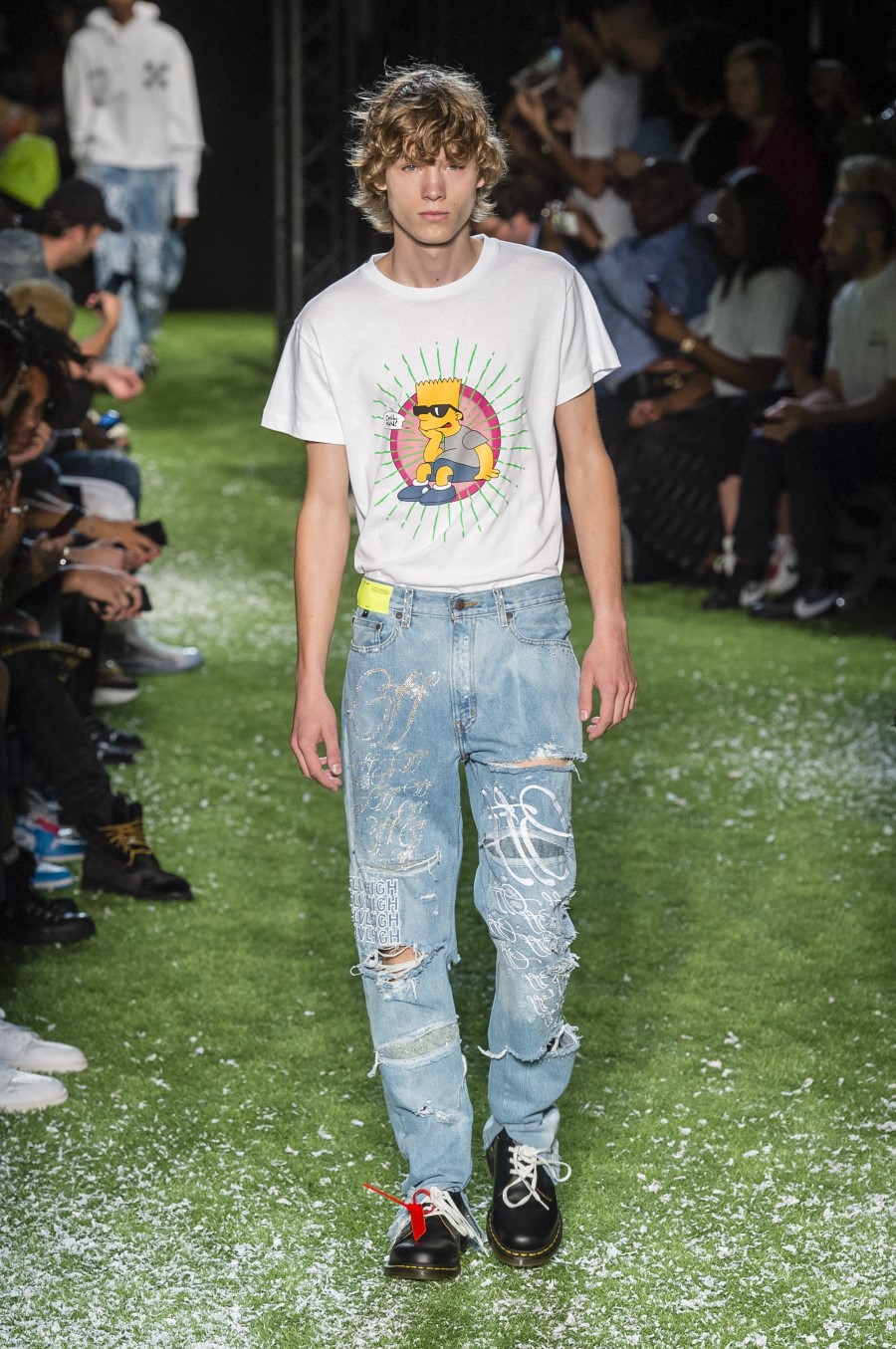 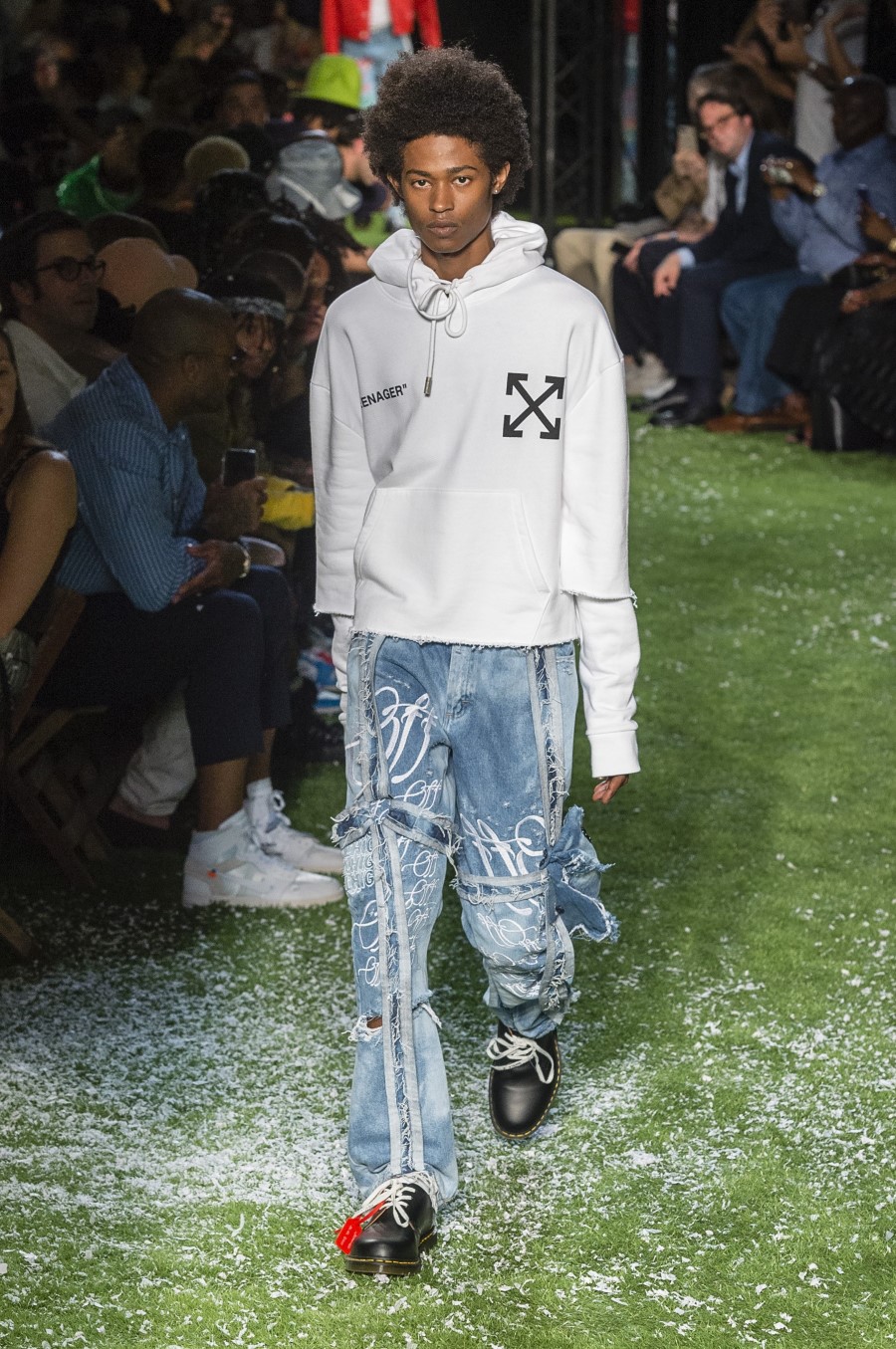 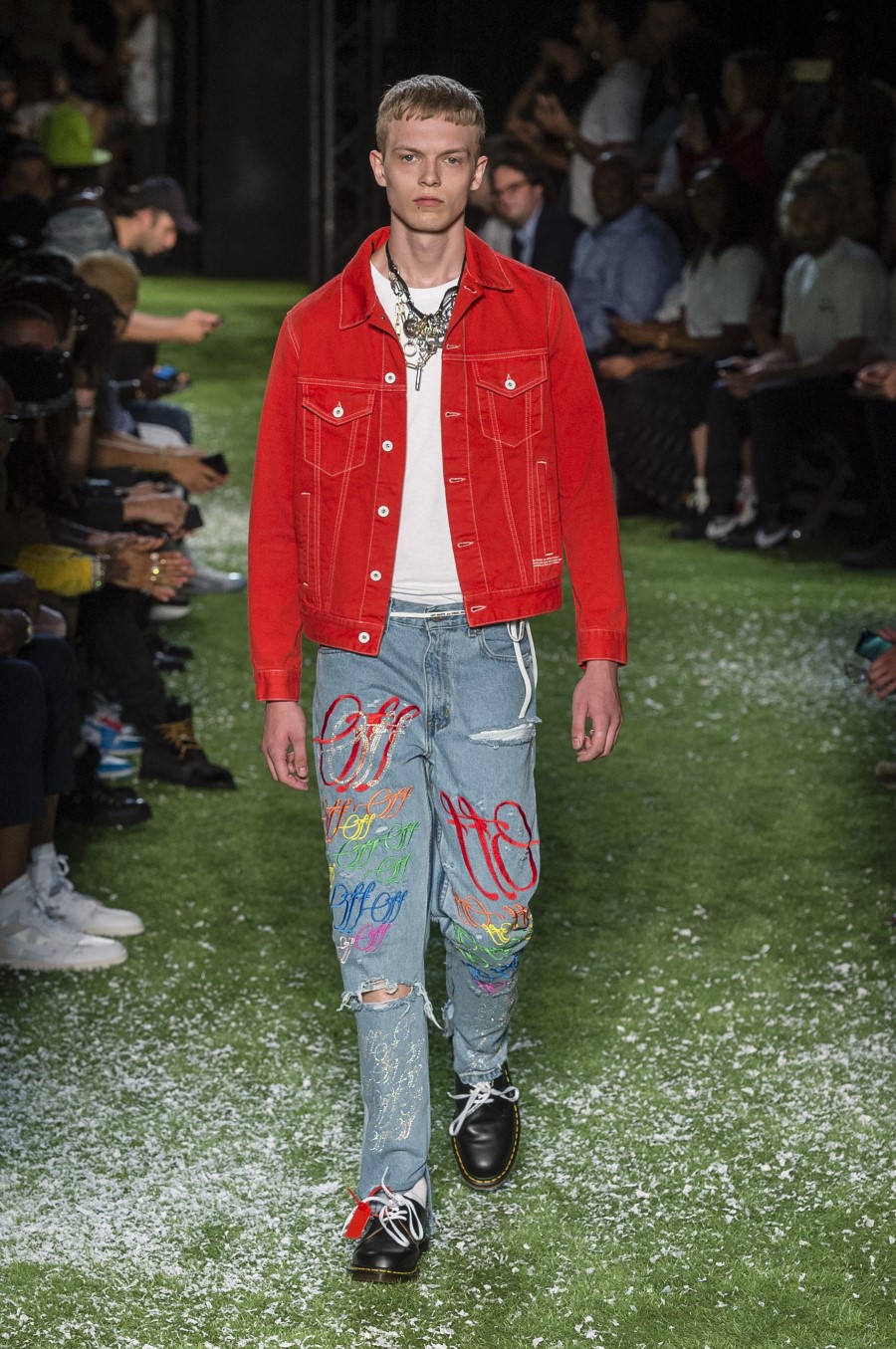