Prada continues its 365 experience with the release of its Pre-Fall 2018 campaign. Called ‘’Industreality’’, photographed by Willy Vanderperre and styled by Olivier Rizzo in the fictitious factory set of the ‘Prada Warehouse’, these images play with the notion of the ‘manufactured’ – the created and the creative; the imagined and the imaginary; to make and to make-believe. This striking, heightened scenario, bathed in surreal, cinematic Technicolor – another expression of fantasy – is an interplay on the visual vocabulary of invention and reinvention. In these stills, the reality is found in the personas of the trio of models – Kris Grikaite, Fran Summers and Anok Yai – who people these shots and whose distinct personalities shine through the images.
In the background, crates and boxes bear emblems drawn from the Prada universe – hallmarks, markers and talismans, indicating their point of origin. They, like these clothes, express the indelible and immediately-recognisable identity of Prada. 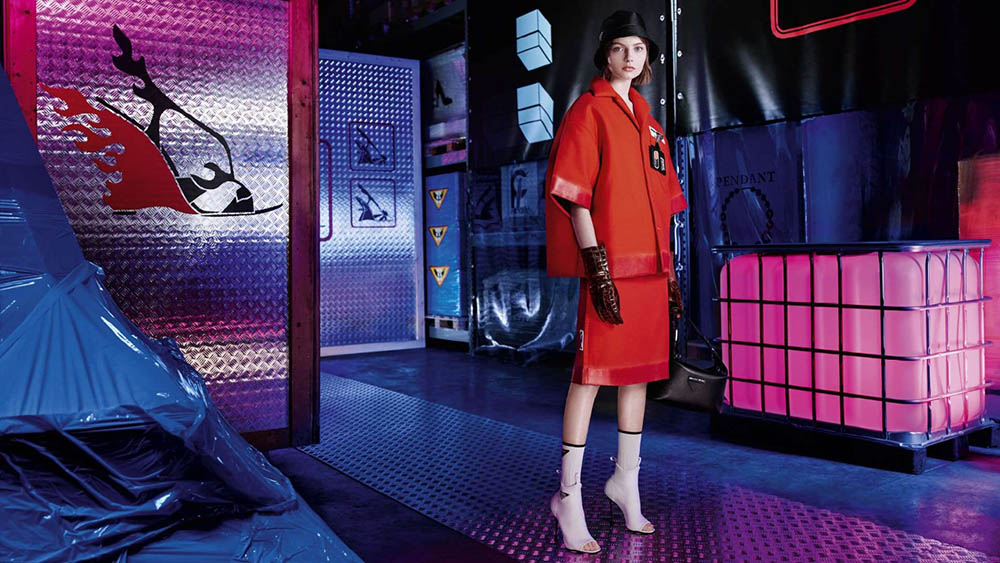 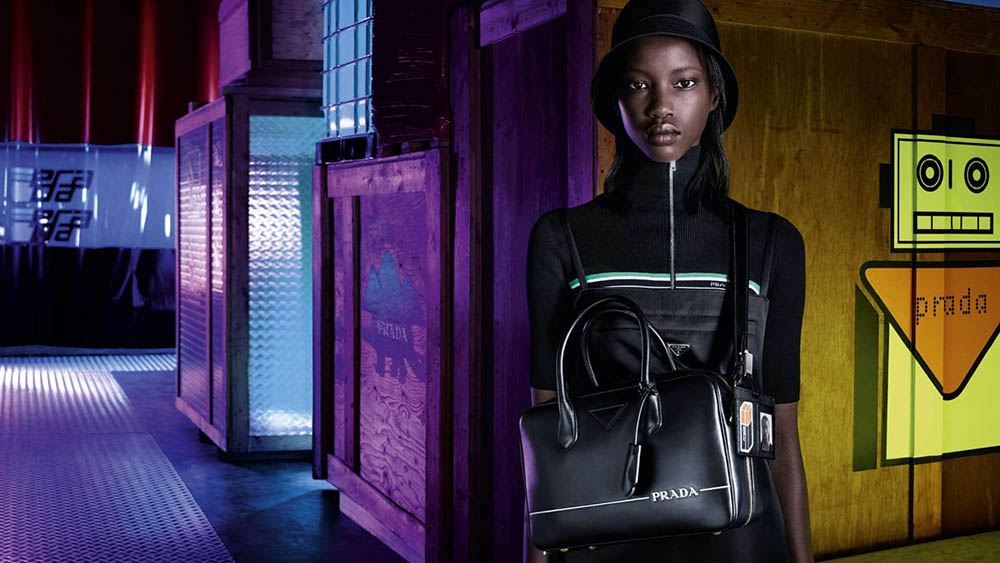 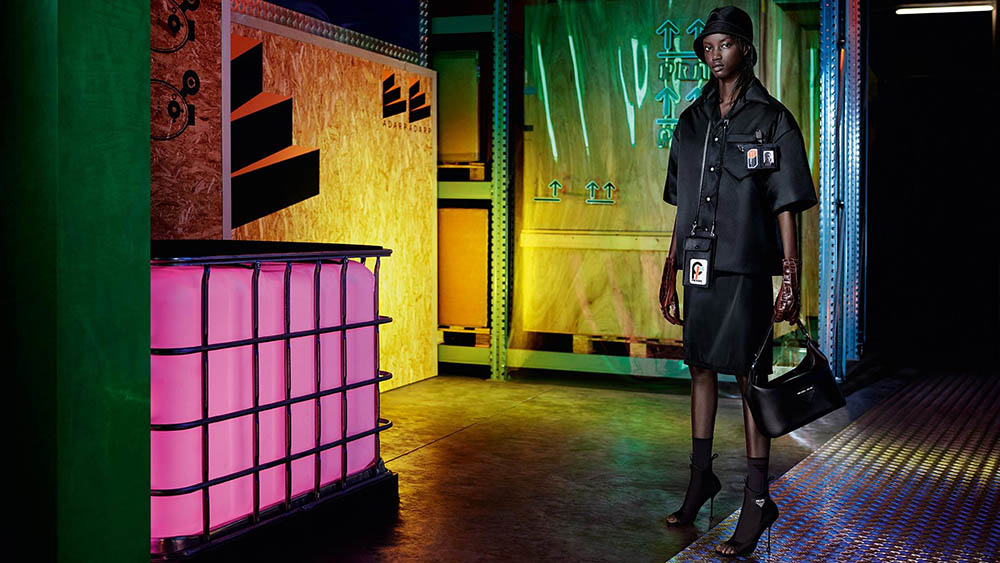 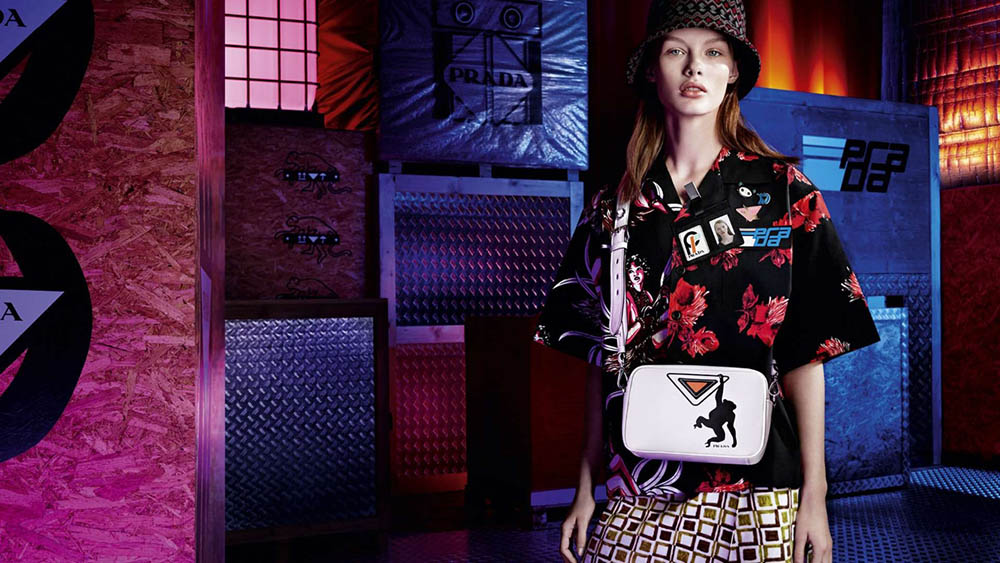 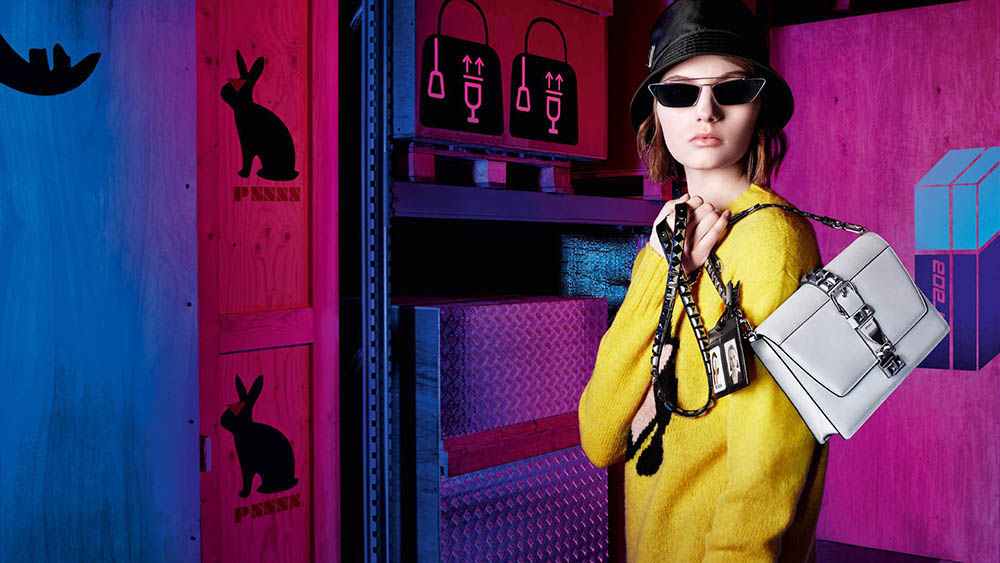 Myrthe Bolt by Tom Schirmacher for Elle US June 2018

Tom Ford brings back the 1980’s with his Spring/Summer 2020 campaign. Photographed by Adam Katz Sinding,

Riccardo Tisci unveiled the Fall/Winter 2019 campaign for Burberry, titled ‘’Tempest’’. Throughout the lenses of Danko

Inspired by the sentiment of returning home for the holidays, Versace presents a fabulous road trip

For the Holiday season, Swarovski’s campaign, photographed by Barnaby Roper, is spreading message of love and