British GQ makes a case for summer whites with an editorial from its April 2019 issue. The magazine enlists photographer Kosmas Pavlos to work with stylist Luke Day. Austrian male model Augusta Alexander is front and center for the outing. Taking to the coast of the Aegean sea, Augusta dons chic designer looks. Light tailoring steals the scene with featured brands such as Giorgio Armani, Darks, Louis Vuitton and Hermès. 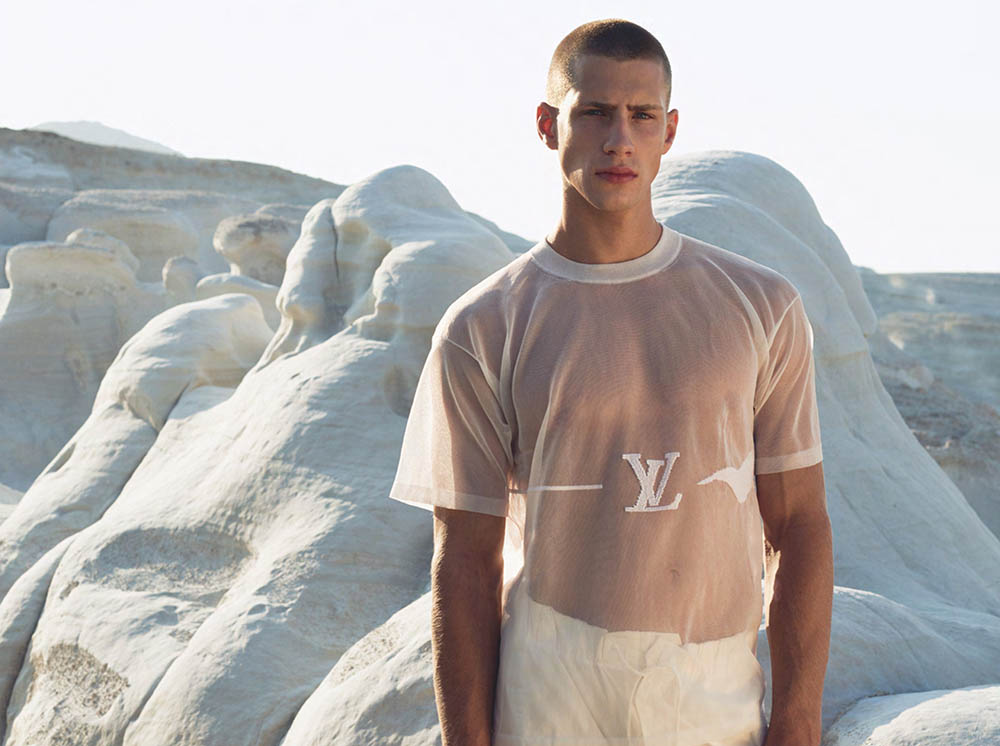 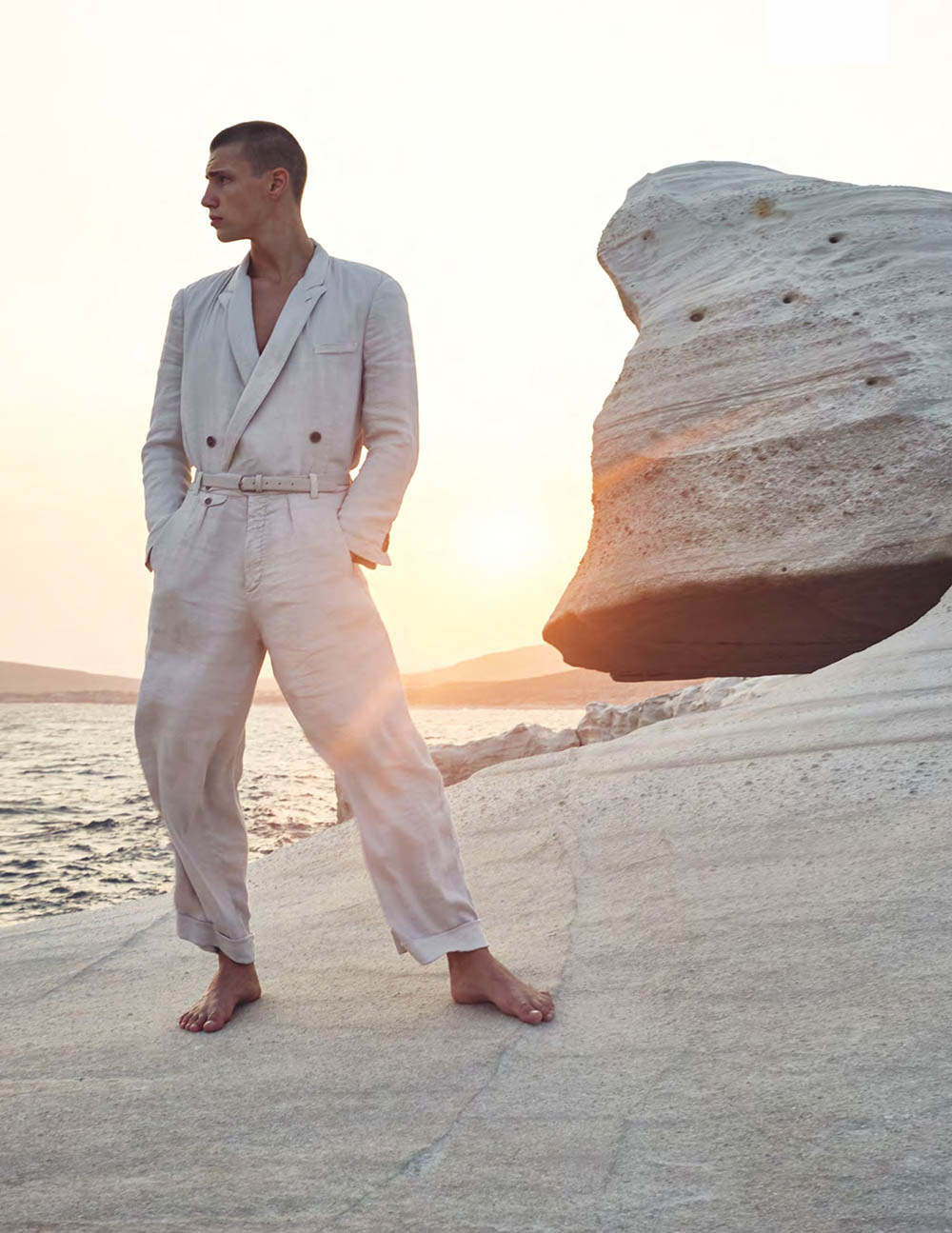 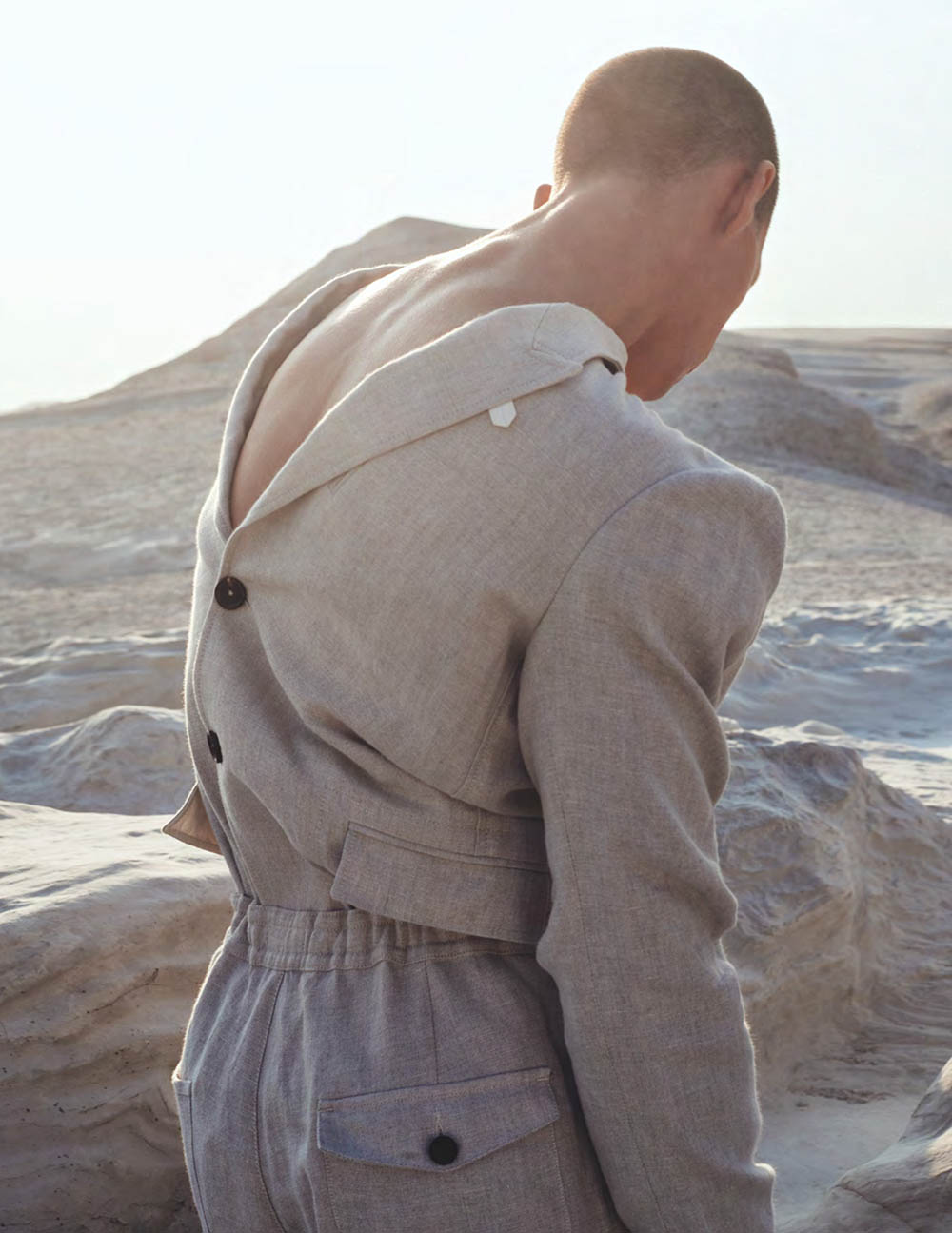 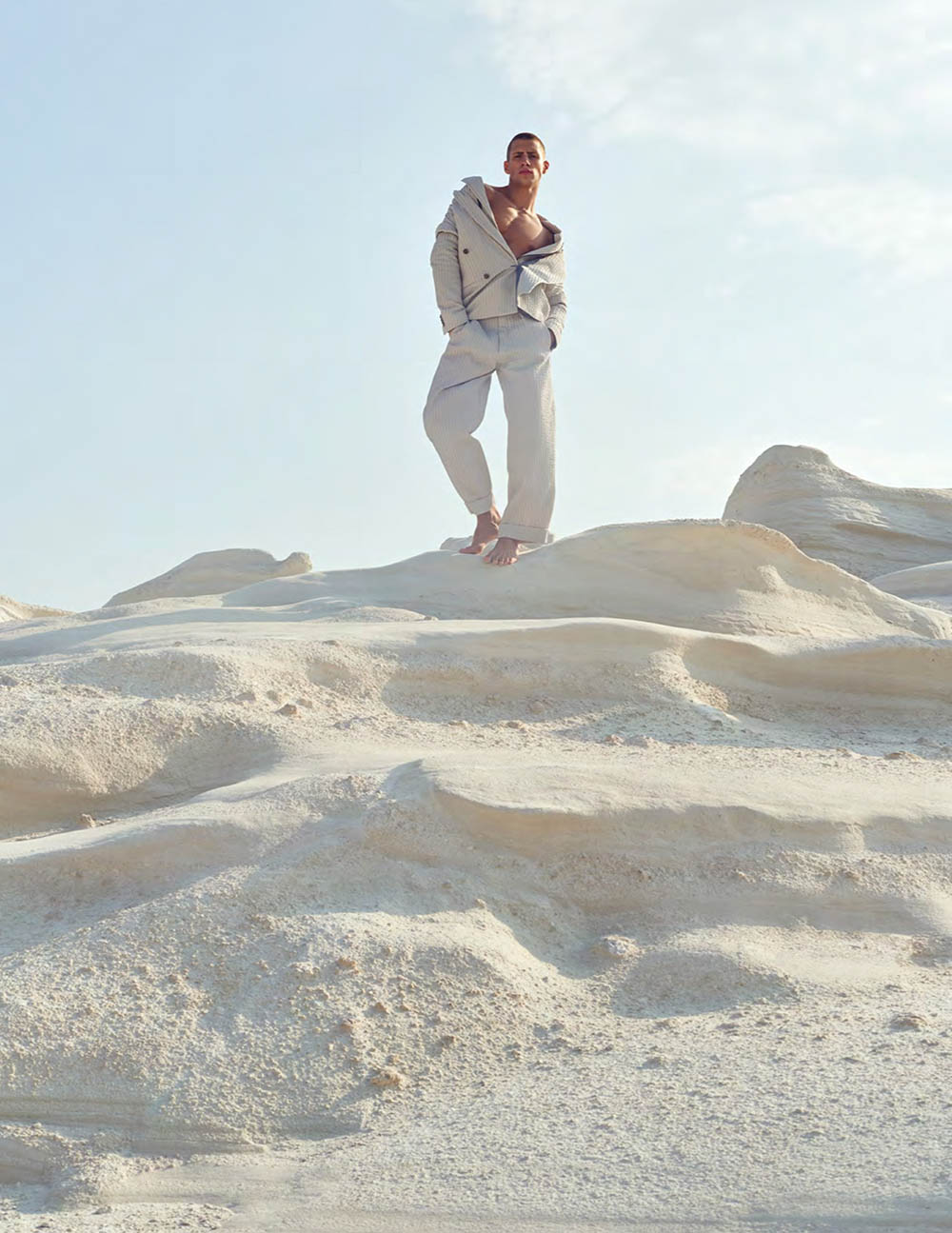 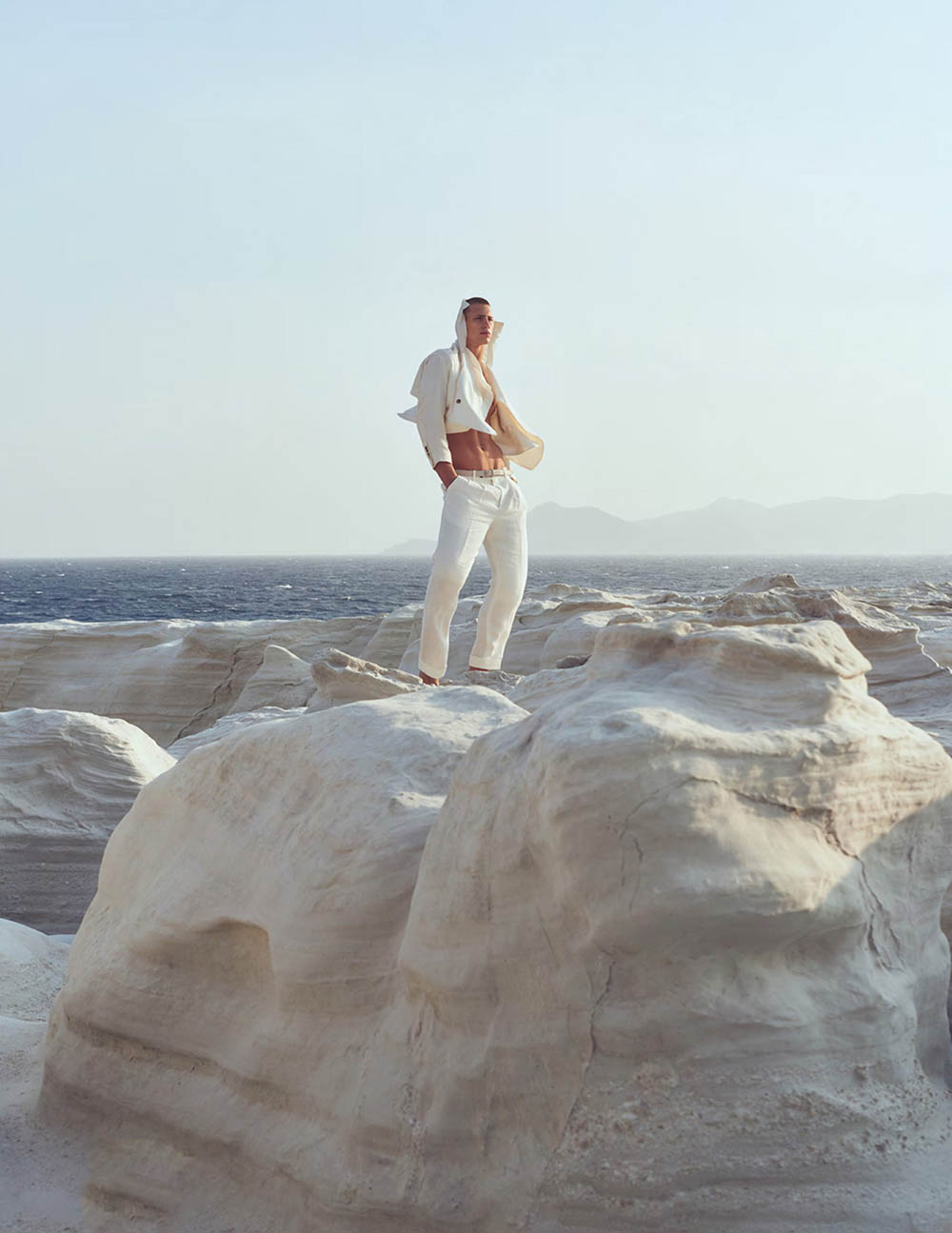 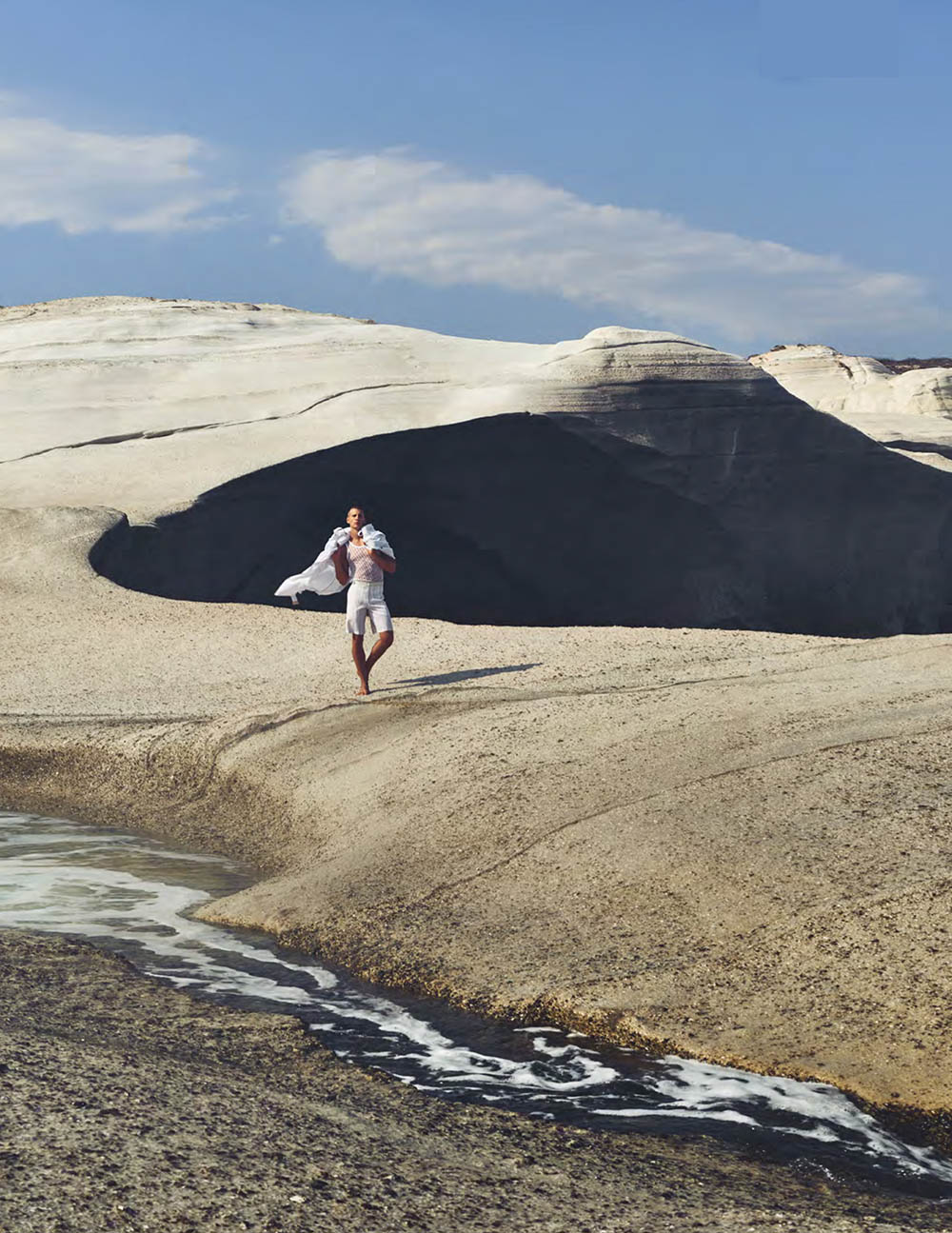 Oscar Kindelan by Kim Reenberg for GQ France May 2019