The Italian shoe brand Giuseppe Zanotti enlists models Bella Hadid and Kit Butler as the stars of its Spring/Summer 2018 campaign, lensed by duo Mert Alas & Marcus Piggott. With art direction by Giovanni Bianco and styling by Carine Roitfeld, the campaign is inspired by the idea of an endless summer, evoking a ‘90s sensibility. 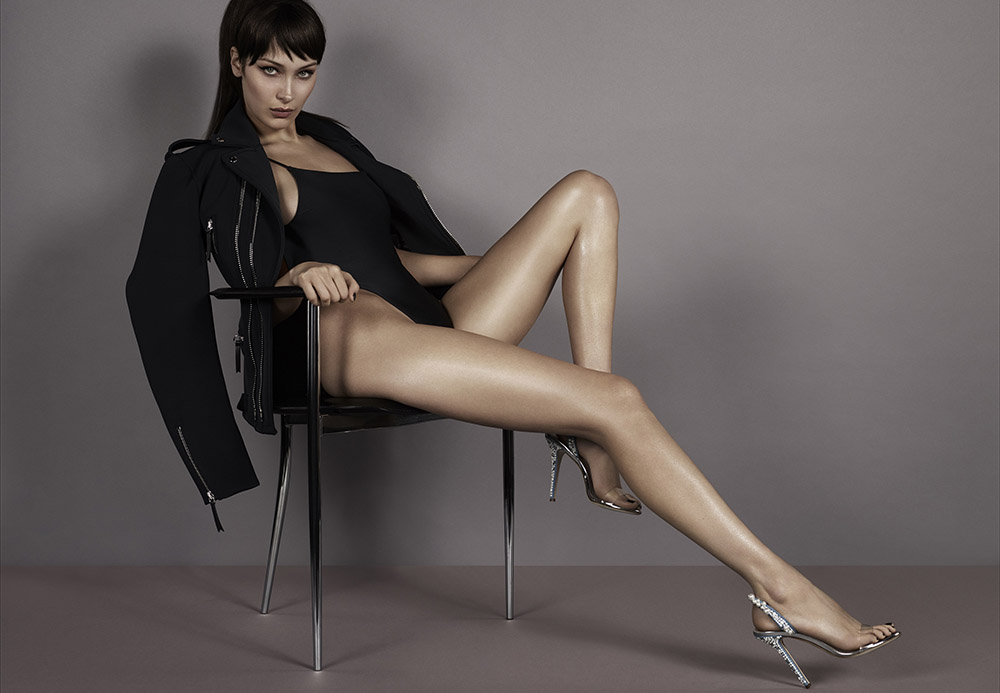 ‘’This campaign really represents the authentic energy of the brand-modern, sensual, powerful. And then there’s Bella, back for a second season, who brings with her a rock-and-roll attitude that’s also playful and seductive. The overall effect is compelling, contemporary, arresting,’’ said Giuseppe Zanotti. ‘’For “Eliza,” a light blue sling-back covered in iridescent pearls, she leans back on the studio chair, legs ever so stretched. Her attitude is rock-and-roll. Her focus is laser. While in the “Aleesha,” a streamlined slide with golden hardware and a complementary serpent-shaped anklet, she exudes contemporary cool. And finally for the, “Agnes,” spring’s green neoprene cut-out stiletto, her vibe is edgy yet sensuous. Dressed in all black like a modern-day rebel with a mischievous edge, model Kit Butler takes on the men’s collection. New styles include the “Darin,” a gladiator-style sandal crafted in a dark camo print, and the “Reflect,” a sleek loafer covered in a constellation of irregularly-cut crystals’’, continued the designer. 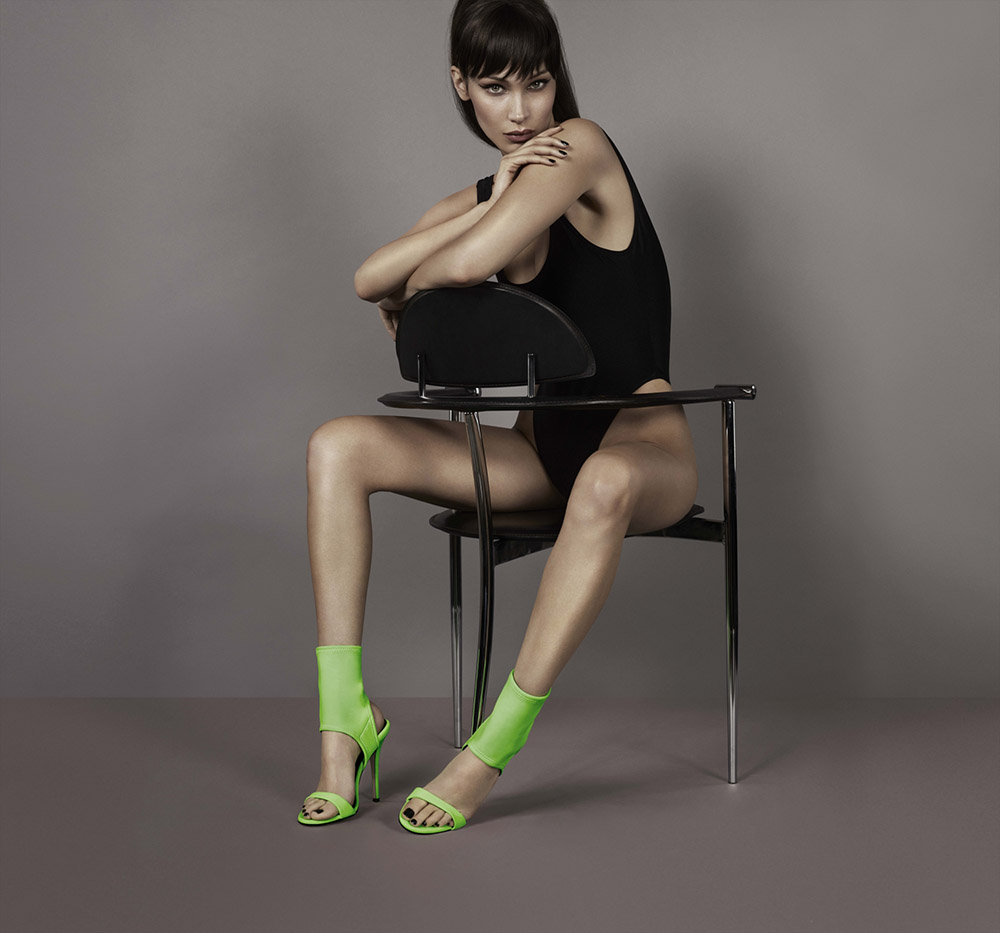 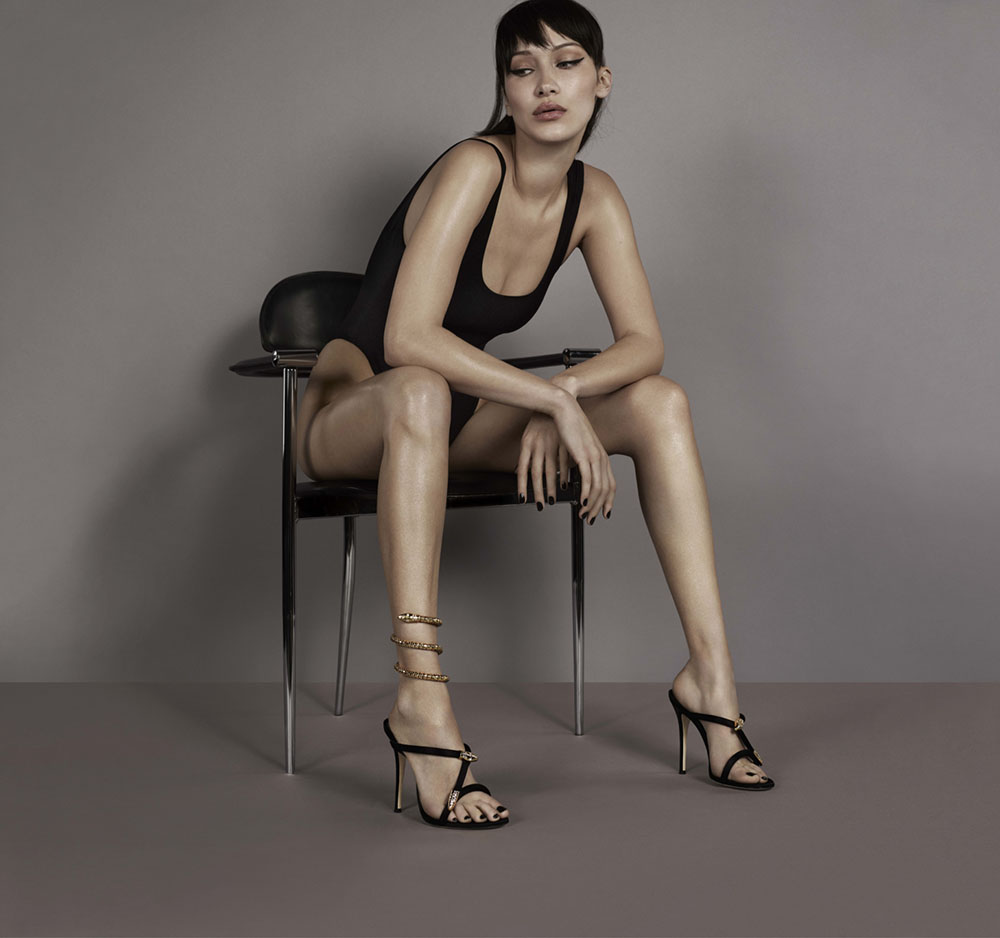 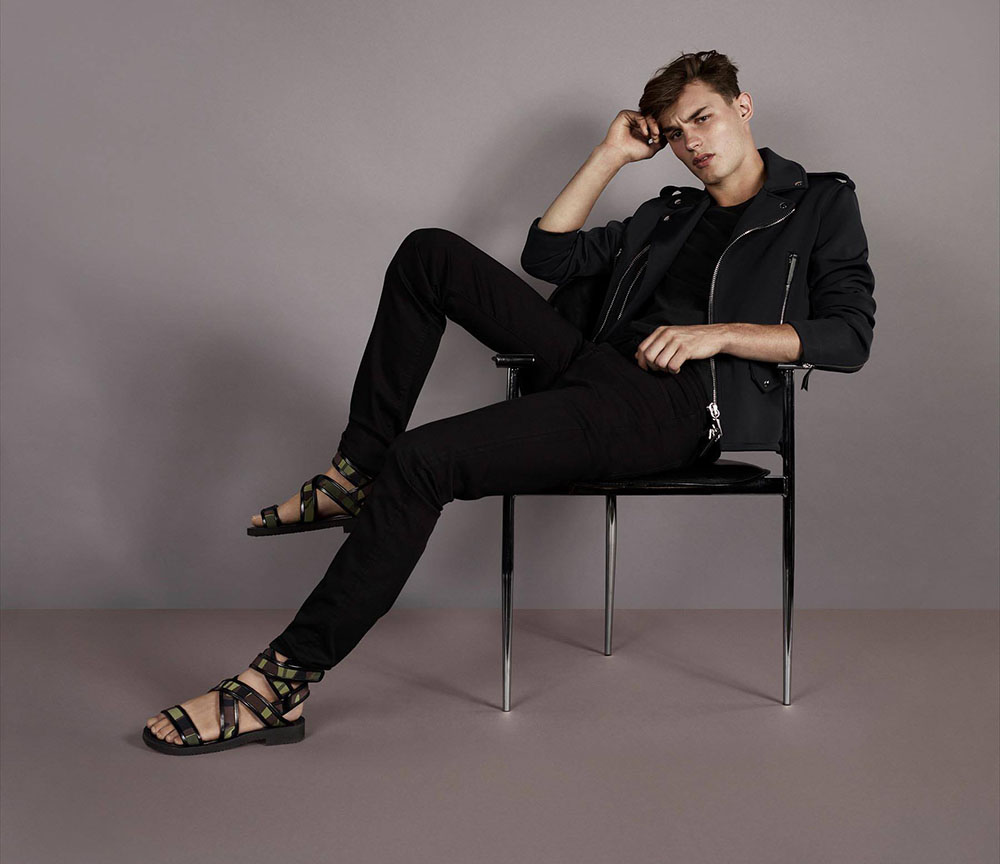 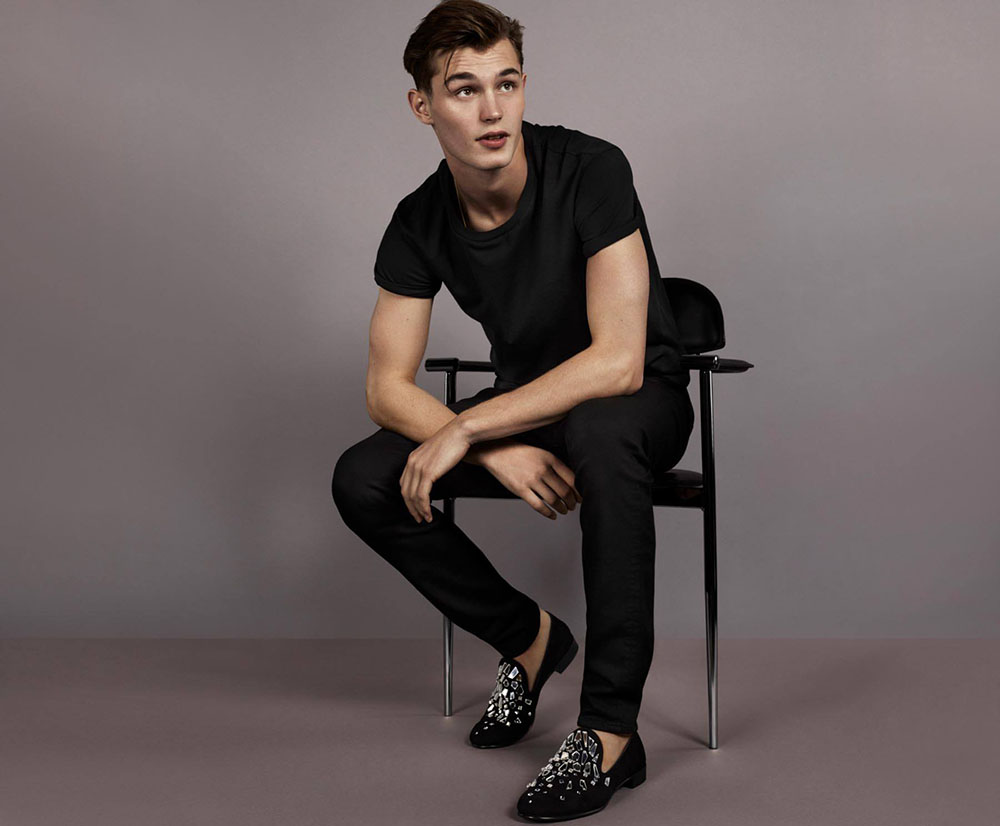