Titled ‘’All I wanted was a car…’’, the Cruise 2018 campaign of Miu Miu was photographed by Alasdair McLellan featuring actress Elle Fanning joined by top models Anna Ewers, Doutzen Kroes, Joan Smalls, plus newcomers Kesewa Aboah, Lily Nova and Slick Woods. In charge of styling was Katie Grand, with art direction from Giovanni Bianco. The clothing and accessories shimmer among speeding racers that circle the girls like an embrace.
‘’Staged on the racetrack at France’s Autodrome de Linas-Montlhéry, Miu Miu’s Croisiere 2018 collection sparkles with a group of incandescent girls who want nothing more than a day of fun – namely, a ride in a fast car. This year, Miu Miu Club was held in the Parisian seat of the Automobile Club de France, connecting to one of the collection’s inspirations: car culture. A fresh take on typically masculine motifs, such as insignias and racing stripes, creates a playful idea of a classic car club. Welcome to the Miu Miu Club for car enthusiast girls.’’ – wrote the brand. 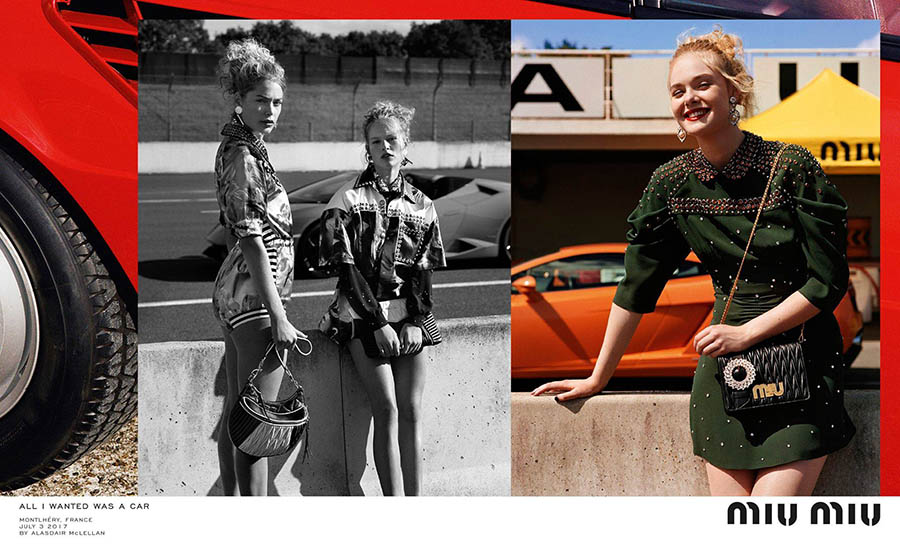 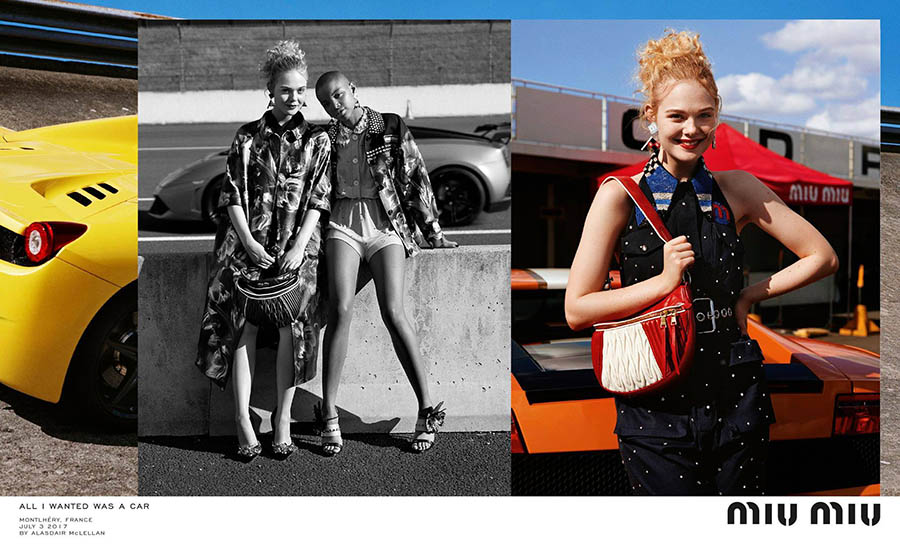 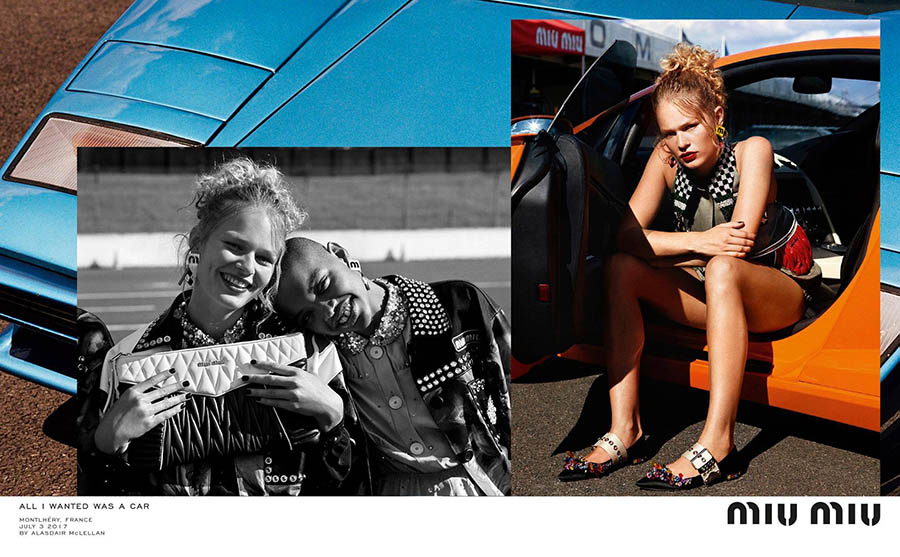 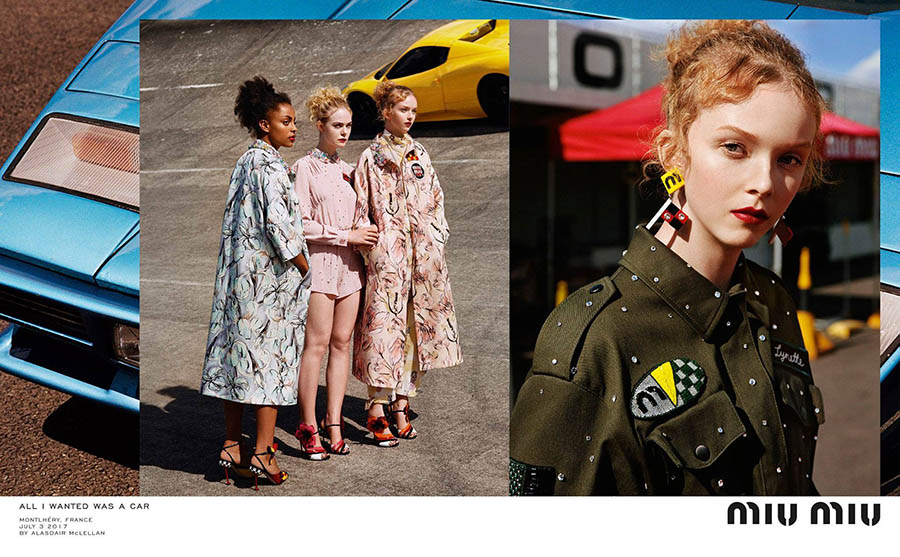 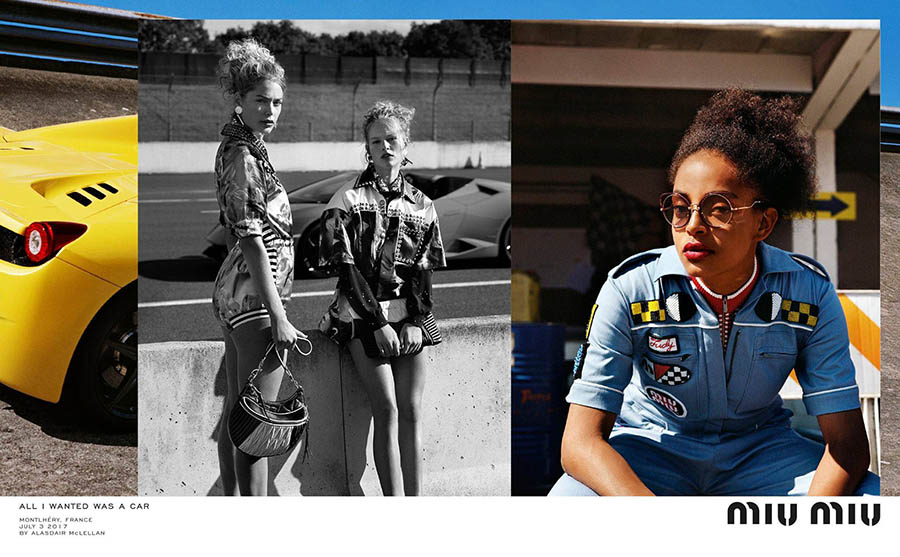 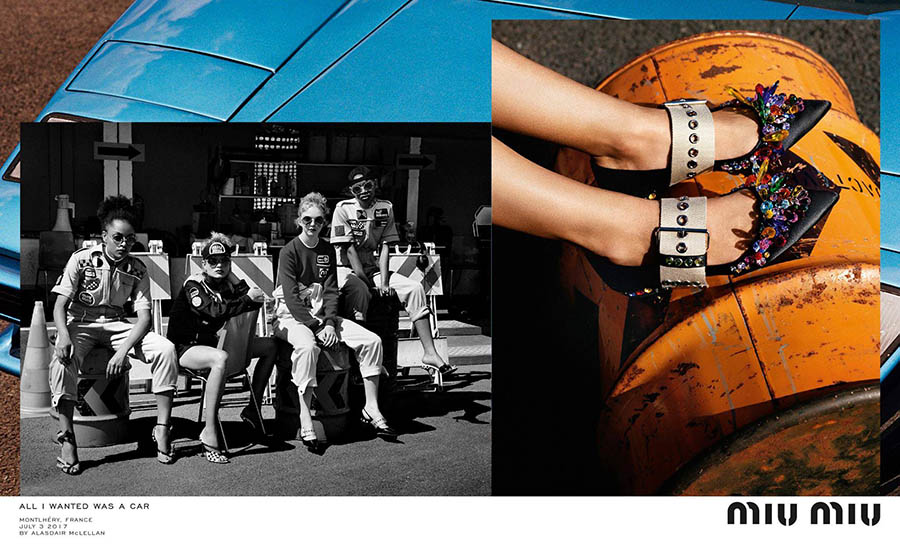